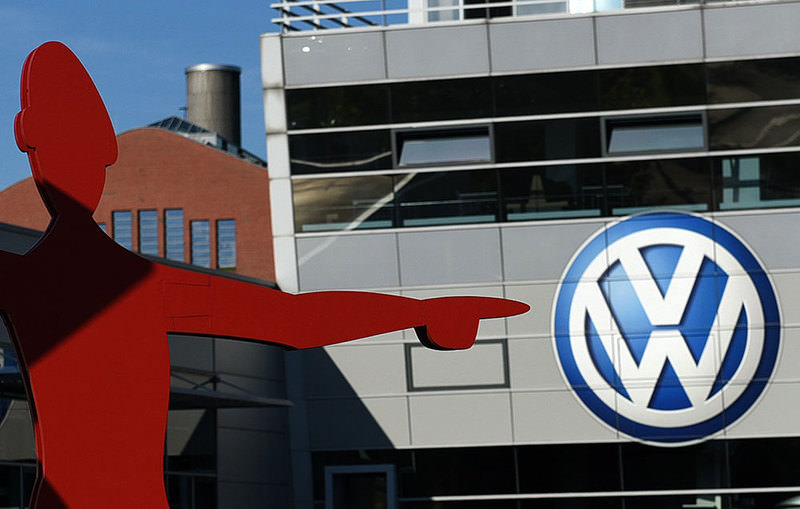 by reuters Sep 29, 2015 12:00 am
Volkswagen announced plans on Tuesday to refit up to 11 million vehicles and overhaul its namesake brand following the scandal over its rigging of emissions tests.

New Chief Executive Matthias Mueller said the German car maker would ask customers "in the next few days" to have diesel vehicles that contained illegal software refitted, a move which some analysts have said could cost more than $6.5 billion.

Europe's biggest car maker has admitted cheating in diesel emissions tests in the United States and Germany's transport minister says it also manipulated them in Europe, where Volkswagen sells about 40 percent of its vehicles.

"We are facing a long trudge and a lot of hard work," Mueller told a closed-door gathering of about 1,000 top managers at Volkswagen's Wolfsburg headquarters late on Monday.

"We will only be able to make progress in steps and there will be setbacks," he said, according to a text seen by Reuters.

Volkswagen did not say how the planned refit would make cars with the "cheat" software comply with regulations, or how this might affect vehicles' mileage or efficiency, which are important considerations for customers.

Manipulating emissions results allowed Volkswagen to keep down engine costs in a "clean diesel" strategy that was popular in Europe and at the heart of a drive to improve U.S. results.

Mueller was appointed CEO on Friday to replace Martin Winterkorn. German prosecutors said on Monday they were investigating Winterkorn over allegations of fraud.

The crisis is an embarrassment for Germany, which has for years held up Volkswagen as a model of its engineering prowess and has lobbied against some tighter regulations on automakers. The German car industry employs more than 750,000 people and is a major source of export income.

Germany's KBA watchdog had set Volkswagen an Oct. 7 deadline for it to present a plan to bring diesel emissions into line with the law.

Germany's transport ministry said on Tuesday it had set up an investigative commission and it was holding talks with the U.S. Environmental Protection Agency over the scandal.

Investors are impatient for answers too.

A survey of 62 institutions by investment banking advisory firm Evercore ISI found around two-thirds said it would not be possible to invest in Volkswagen over the next six months if costs, fines, legal and criminal proceedings were outstanding or inadequately quantified.

VW's brand image has also slumped this month, market research firm YouGov said on Tuesday, citing the results of a survey of about 2,000 consumers.

Refitting 11 million cars would be among the biggest recalls in history by a single automaker, similar in scale to Toyota's recall of more than 10 million vehicles between 2009 and 2010 over acceleration problems, though dwarfed by the number recalled by multiple car makers due to faulty Takata airbags.

The company said last week it would set aside 6.5 billion euros ($7.3 billion) in its third-quarter accounts to help cover the cost of the crisis.

But analysts think that may not be enough, as it faces potential fines from regulators and prosecutors, as well as lawsuits from cheated customers.

Sweden's chief prosecutor told Reuters on Tuesday he was considering whether to start a preliminary investigation into Volkswagen.

Analysts have long urged the company to tackle the underperformance of its core mass-market brand, and in particular to dilute control from the centre which has been blamed for product delays and problems adapting to local markets.

Klaus Mohrs, the mayor of Wolfsburg where Volkswagen employs around 70,000 people, said on Monday he expected a sharp decline in business taxes as a result of the crisis, and announced an immediate budget freeze as well as a hiring ban.

The emissions scandal has sent ripples through the global car market, with manufacturers fearing more costly regulations and a drop in diesel car sales.

The European Commission is working on outline plans to reform the European system for approving new models of cars by the end of the year.

Volkswagen's Belgian importer, D'Ieteren, said it would offer engine upgrades to 800 customers who had ordered a vehicle with a diesel engine that was likely to have been fitted with illegal software. The importer said it would pay for the expected 2 million euros cost.