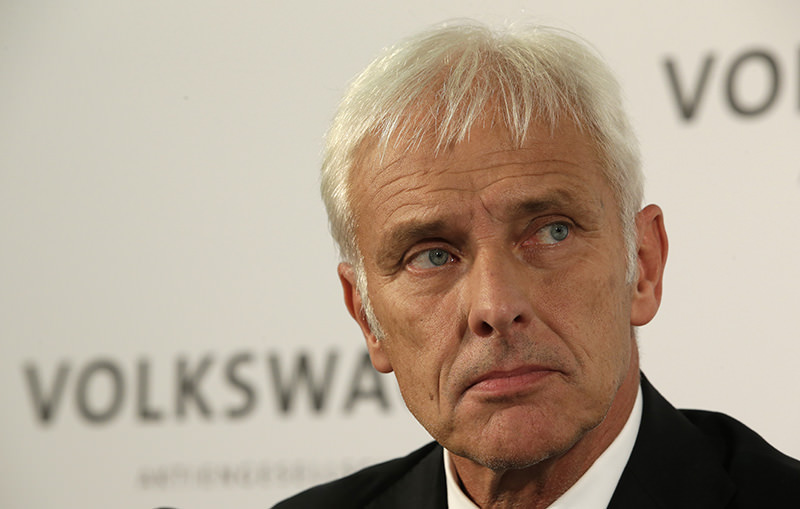 "That is why we are reviewing all planned investments again," Mueller told a meeting of more than 20,000 workers at the carmaker's sprawling central operations in the northern German city of Wolfsburg.

"What is not absolutely necessary, will be dropped or postponed," he said. "I will be quite frank: This will not be without an amount of pain."

Prosecutors around the world have launched investigations against VW, which could face fines of more than 18 billion dollars in the US alone.

A VW union leader also attempted to reassure the company's workers that so far no jobs had been placed at risk by the scandal, which emerged last month after the carmaker admitted it had equipped diesel-powered vehicle with software aimed at defeating pollution tests.

"The good news at the moment is that there are no consequences for jobs," Bernd Osterloh told Tuesday's meeting. VW has a 600,000-strong global workforce.

"And we will do everything to secure employment," said Osterloh, who represents the group's workforce on the company's supervisory board.

In a letter to German lawmakers published in the business daily Handelsblatt on Tuesday, the embattled carmaker said that most of the 11 million diesel-powered vehicles that the group equipped with software to cheat on exhaust emissions tests are in the European Union.

The estimated 8 million vehicles in the EU form part of a VW investigation into the scandal, the company said.

The publication of the letter came just one day before the company is due to provide the German government with details of the scandal.

VW announced last month that Mueller, a former head of VW's luxury sports carmaker Porsche, would take over as group chief executive from Martin Winterkorn, who resigned over the scandal.

In its letter, VW told the lawmakers that the scandal was the result of the "misconduct of a few individuals" in the group.

The auto group also promised that its board would oversee "a full investigation into the events" linked to the scandal, which first emerged in the US.

Last week the company announced the appointment of US law firm Jones Day to lead an independent external inquiry into how the company's diesel-powered vehicles around the world were fitted with the emissions tests defeating software.

VW's 20-member supervisory board is also due to announce on Wednesday the appointment of VW finance chief Dieter Poetsch as the group's new board chairman.

The company's major shareholders - the Piech and Porsche families - secured the backing of the board's five-member executive committee last week for Poetsch's appointment, despite resistance from the group's unions and media criticism.

Questions have been raised over whether it was correct to appoint Poetsch because he had been finance chief since 2003, which was the period when the emission manipulations were alleged to have taken place.

The unions argued that the company should use the chance of appointing a new board chairman to signal a new orientation in the carmaker's efforts to restore global trust after the scandal.

Berthold Huber is acting chairman following the resignation in April of Ferdinand Piech as a result of a power struggle at the company.

VW US chief Michael Horn is also set to appear on Thursday before an investigations panel of the US congressional energy and commerce committee to answer questions on the scandal.