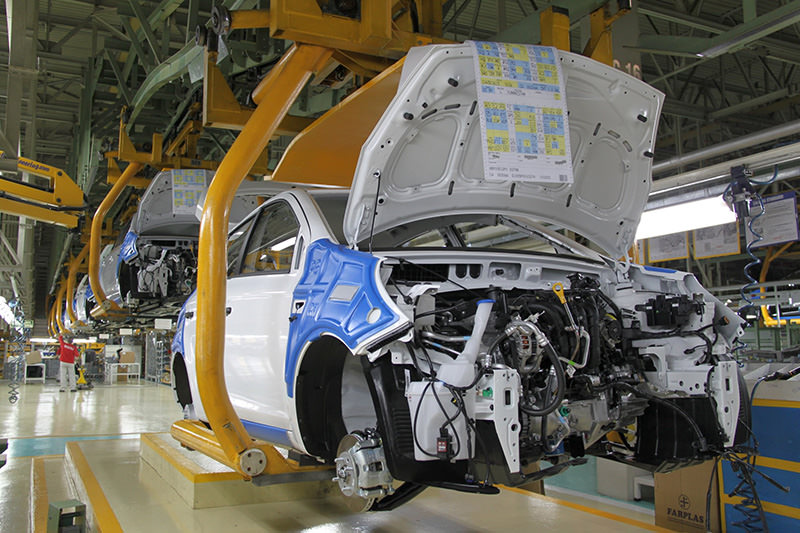 by Daily Sabah with AA Oct 07, 2015 12:00 am
Production of Turkish automotive industries broke the all time high record in September and reached 974,000 vehicles, according to the monthly report of Automotive Manufacturers Association (OSD) released on Wednesday. This figure was achieved despite a large scale strike in the automotive sector in May, and it was also the highest since the global crisis of 2008.

However, due to the euro and U.S. dollar parity rate, exports decreased by 9 percent in worth and remained at $15.71 billion.

The auto sales market also grew by 39 percent in the same period and reached 693,000, with car sales leading the total sales with 501,000 with 37 percent growth compared to last year.

Within the last ten years, the automobile market grew by 45.3 percent, LCV market grew by 6.8 percent and truck market grew by 16.6 percent. Due to developments in air and rail transport, the bus market shrank by 15 percent as local demand remained low.

According to the data of Turkish Exporters' Assembly, automotive exports remained by far the leading sector in total exports in January – September with 707,000 vehicles exported, while increasing by 8 percent compared to last year. Commercial vehicle exports increased by 27 percent in this period and reached 278,000.