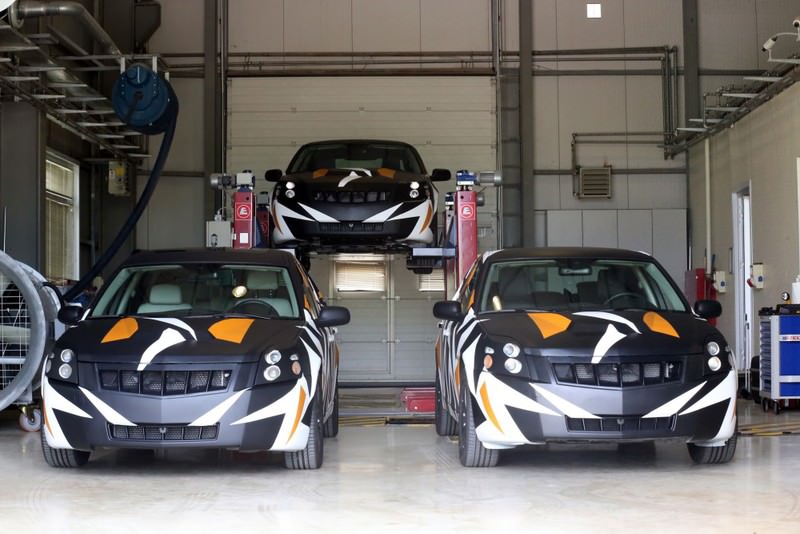 Turkey's first domestic cars will go on sale in 2020, according to the country's industry minister, who announced that three protypes are ready, with a local content ratio of at least 90 percent

Minister of Science, Industry and Technology Fikri Işık yesterday said three prototypes are ready for Turkey's first domestic cars. Işık said Turkey will approach domestic car production from a holistic perspective and will produce domestic cars with a local content ratio of at least 90 percent by 2020. Speaking to Anadolu Agency, Işık said there are things yet to be done regarding research and development of the domestic car project. Işık said the project accompanies two major steps. One of them is an automotive excellence center to be established on the Gebze campus of the Scientific and Technological Research Council of Turkey (TÜBİTAK) in 2016 to accumulate knowledge and experience in the industry.

The other is the establishment of an engine excellence center that will help Turkey develop engines used in construction machines, tractors, generators, trucks and forklifts. The project will be finalized in the next few days and will be put into operation in 2016.

The ministry is focusing on a car model that has an extended range and operates on electricity.

The model has a 15 kilowatt-hour battery (kWh), which allows a car to go 100 kilometers at a monthly cost of around TL 60 ($20), and a small generator that runs on fossil fuels and generates electricity when the battery is about to die during long-distance drives. The generator both strengthens the engine and charges the battery.

Işık said that this is the world's preferred model, adding that the model needs either a diesel engine or a gasoline engine, not to drive the car, but to generate electricity for it to run. The minister also said Turkey approaches the production of domestic cars "in a holistic manner" and aims to work on new technologies in the automotive excellence center on the one hand, and to satisfy the needs of both domestic cars and other sectors on the other. When these are all put into operation, we will be producing domestic cars with a local content ratio of at least 90 percent in 2020, he added.

The first domestic car project will be lead by the Scientific and Technological Research Center of Turkey (TÜBİTAK) and the R&D activities will be supported by the government, as it is "not fair to place such a burden on the private sector." However, Işık said that after mass production commences, they are hoping for the private sector to be involved.

Işık said that the government perceives this project as one of the long-term technology development platforms in Turkey and therefore, with regards to the intellectual property rights of the domestic car, the government would want to receive a certain part of the future revenues. "For us, this is not just about production; it is an important technological platform as automobile technologies trigger many other areas. Therefore, commercialization is crucial for achieving a sustainable technological platform," said Işık.

Işık also said that this project will improve energy imports and that while an average vehicle consumes 6 liters per 100 kilometers, this figure is expected to drop to 2 liters. "The contribution of this project to the household budget should be around at least 40 percent according to our calculations," said Işık. He also underlined that the emissions values will decrease as the consumption decreases and that electric cars will mostly be used for transport within cities and will not consume any fossil fuels.

Restrictions are likely to be imposed on cars using fossil fuels to be used as taxies, like in London and New York to lower emissions values, announced Işık.

On whether the new domestic car can compete with global automobile companies, Işık said since global companies have a large market, they do not allow any sudden changes in the markets, which in return creates a window of opportunity for Turkey. Işık also said that along with being able to compete in the global automobile sector, Turkey also has a competitive edge regarding mechanics. "Turkey has the experience and the competitive edge to compete in areas such as battery technologies, software, hardware and electrical motors. Turkey also has a large domestic market. Further, our geographical location and creative labor force can easily compete with the world's giants if organized properly," said Işık.
RELATED TOPICS