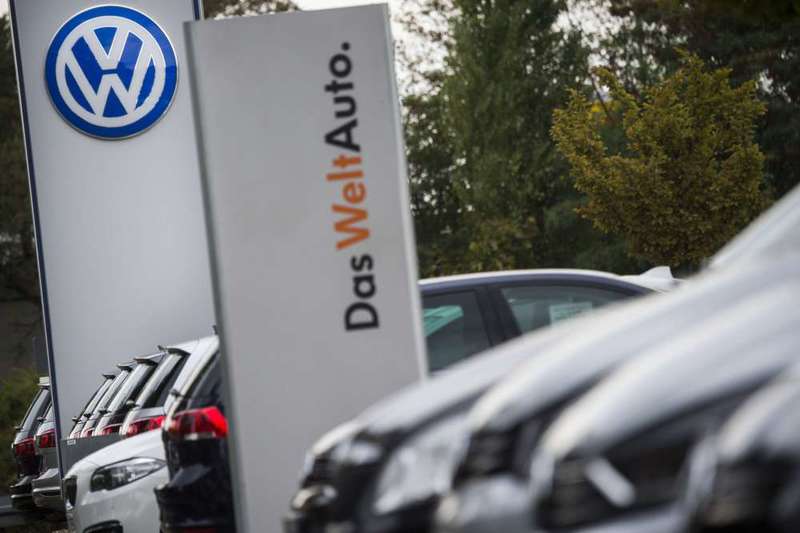 by Associated Press
Oct 16, 2015 12:00 am
Crisis-hit Volkswagen's troubles worsen, as Germany's transport authority has ordered a mandatory recall of all 2.4 million Volkswagen cars in the country fitted with software that gave them the ability to evade diesel emissions testing, officials said on Thursday. Transport Minister Alexander Dobrindt said Volkswagen would have to present replacement software for certain cars that have a 2.0 liter diesel engine this month and begin fitting vehicles with them next year. The Motor Transport Authority, which answers to Dobrindt's ministry, rejected a Volkswagen proposal for a voluntary recall. Dobrindt refrained from publicly criticizing Volkswagen, saying cooperation with the German automaker was "extraordinarily good."

He indicated that the recall may last through 2016 because vehicles fitted with smaller 1.6 liter diesel engines will require physical adjustments rather than just a software update. Those hardware changes, which may not be ready before September 2016, will determine the timeline, he said.

The company recently disclosed the existence of further suspect software in 2016 diesel models. Dobrindt said additional tests were under way that would include examining emissions outside the lab.

Asked about German media reports that more than two dozen Volkswagen managers had been suspended by the company amid signs that knowledge of the defeat devices was widespread, Dobrindt said his ministry had "no information about who decided where, when at Volkswagen about the use of such software." Volkswagen has said that some managers had been suspended, but said the report Wednesday of up to 30 "lacks any basis."

Meanhile, the recently named head of Volkswagen's North American business has left the company before taking up his new job adding disruption as the company faces a scandal over rigging the results of emissions testing of its diesel vehicles. It means that one of the company's most experienced managers will not be coming to lead the company's response in the United States as it faces possible heavy fines from the Environmental Protection Agency. Volkswagen's Skoda division made the announcement about its chairman, Winfried Vahland, in a news release on Wednesday.

The release said that Vahland will not be moving to take over his new position carrying overall responsibility for North America because of "differing views on the organization of the new group region." It said his decision to quit was not related to the scandal over the diesel engines.

On Sept. 24, Volkswagen announced a reorganization of its North American operations that put Vahland the former head of VW's crucial China business over country executives including Volkswagen's U.S. chief, Michael Horn. The announcement came the same day Volkswagen named Matthias Mueller as CEO after Martin Winterkorn stepped down from the job. VW had said Horn would remain as president and CEO of Volkswagen Group of America, but its U.S., Canada and Mexico markets would be "combined and significantly strengthened" to form a new "North America region" led by Vahland. Skoda, based in the Czech Republic, is one of VW's brands, which also include Audi, SEAT, Lamborghini and Bentley.
Last Update: Oct 16, 2015 2:50 am