Volkswagen to stop sales of two models in Turkey 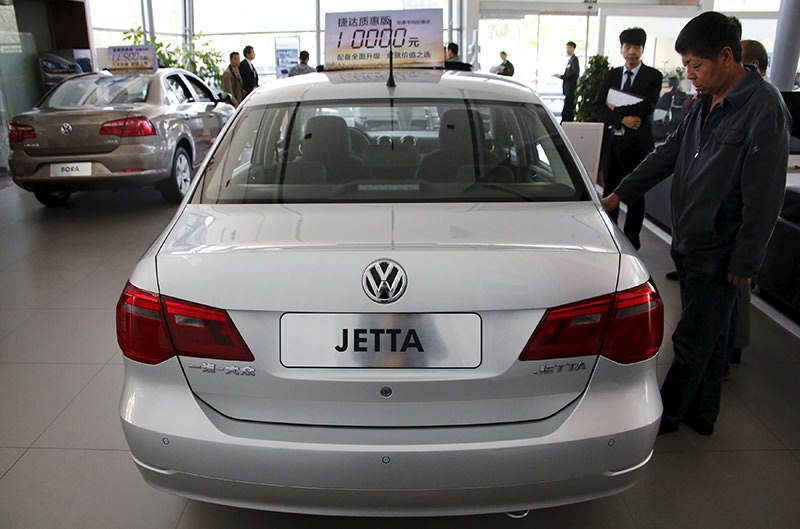 by daily sabah
Oct 20, 2015 12:00 am
Turkey's Science and Industry Minister Fikri Işık stated Tuesday that Volkswagen will voluntarily stop the sales of its Jetta and Caddy 1.6 liter diesel models as of Tuesday night.

Speaking in a live interview on Turkish broadcaster NTV, Işık stated that there are two VW models in Turkey that use EA189 EU5 engines, which were the center of the German carmaker 's carbon dioxide emission scandal..

"The company will suspend the sales [of the aforementioned models] and following technical updates, they will be on resale. I would like to thank the firm's sensitivity and add that we are closely following this issue. Meanwhile, we will also continue our sensitivity on emissions" minister Işık said.

Shortly after Işık's words, VW's Turkey distributor Doğuş Otomotiv, operated by Doğuş Holding along with NTV, released a statement regarding the suspension of sales.

In September, U.S. authorities found out that some VW models were fitted with software that displayed carbon emissions up to 40 times lower than actual levels. The scandal also spread to Europe, where VW and its affiliates generate most of their sales.

Some analysts have said the scandal could cost VW as much as 35 billion euros ($40 billion) to cover vehicle refits, regulatory fines and lawsuits. The German carmaker recently announced that it may cut up to 6,000 jobs.
Last Update: Oct 20, 2015 6:21 pm