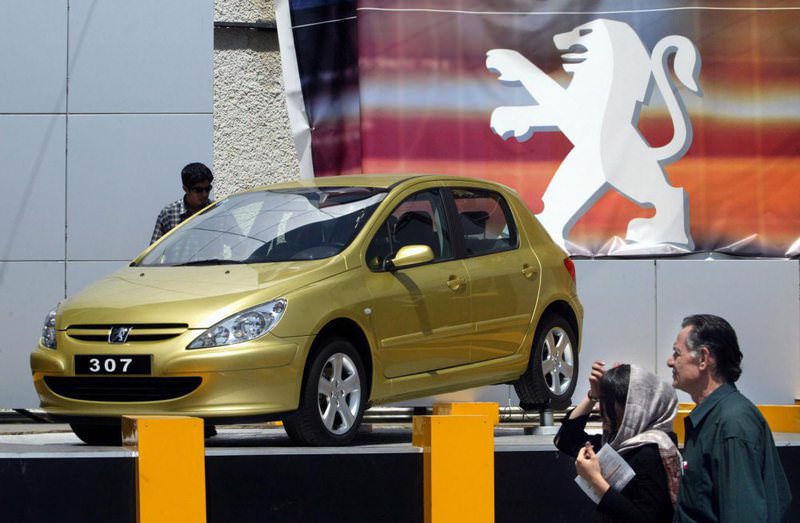 by Feb 08, 2016 12:00 am
French carmaker Peugeot is to provide Iran Khodro with 427 million euros in debt waivers, bonuses and discounts under their first post-sanctions deal, the Iranian manufacturer said yesterday. Iran Khodro signed a deal with Peugeot during Iranian President Hassan Rouhani's trip to France last month to form a joint venture that is expected to invest up to 400 million euros ($436 million) over five years. Peugeot is the first Western carmaker to announce a return to Iran since many economic sanctions on it were lifted last month upon implementation of a landmark nuclear deal with world powers. "To compensate for suddenly leaving Iran under sanctions," Iran Khodro CEO Hashem Yekkeh Zare said Sunday, Peugeot has agreed to waive 80 million euros of outstanding debts and provide free car parts worth 25 million euros and a free production line for the Peugeot 207 model worth 11 million euros. Peugeot will also offer 311.6 million euros in discounts, he said, including 140 million euros in royalty fees for cars made under Peugeot's name. Instead of 100 euros, "Peugeot will receive 30 euros in royalty for 2 million cars," Yekkeh Zare said. As part of last month's deal, Peugeot and its French partner Citroen will work with Iran Khodro to eventually produce 200,000 vehicles a year using parts manufactured in Iran.

The aim is to make the Peugeot 208, the 2008 sport utility vehicle and 301 compact models, with the first vehicles expected to roll off the production line in 2017. The joint venture will export 30 percent of its production and the remainder will be sold in the domestic market.

Peugeot spokesman Olivier Salmon told Agence France-Press (AFP) the deal with Iran Khodro was "a balanced agreement." "The joint venture that will be established will help to provide vehicles to Iranian customers for sustainable mobility," Peugeot added. Yekkeh Zare said that talks were underway with Germany's Mercedes Benz and Volkswagen as well as Italian carmaker Fiat.

Iranian conservatives have been critical of Rouhani's government for restoring trade with Peugeot and other foreign firms whose departure under sanctions dealt a blow to the economy, saying the international partners proved themselves unreliable. But when Peugeot pulled out of Iran in 2012 it was a major loss for the French company as the Islamic republic was its second-largest market, after France. With the lifting of sanctions, Iran has signed a raft of commercial deals, including one to buy 118 Airbus aircraft worth about $25 billion.
RELATED TOPICS