Volkswagen to offer generous compensation for US customers 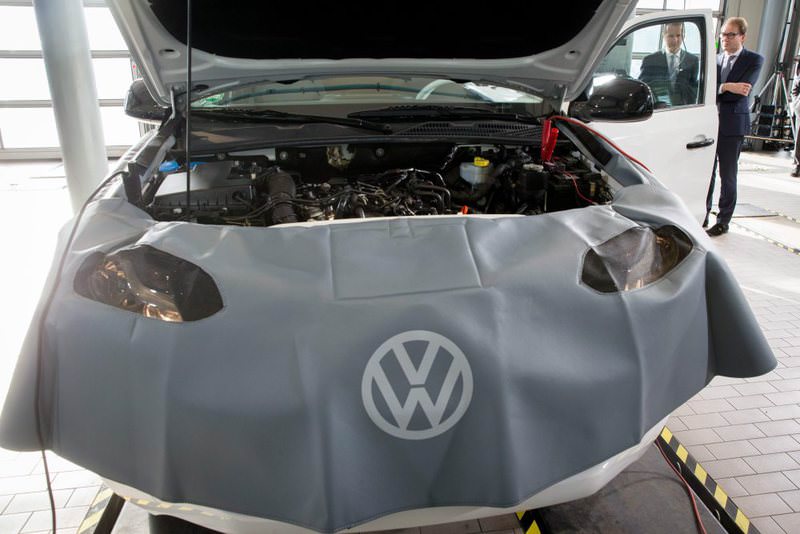 Volkswagen will offer generous compensation packages to the roughly 600,000 U.S. owners of diesel vehicles whose emissions are over the legal limit, the head of its claims fund told a German paper. The German car maker has still not decided whether vehicle owners will be offered cash, car buy-backs, repairs or replacement cars, Kenneth Feinberg told the Frankfurter Allgemeine Sonntagszeitung. Feinberg previously headed the compensation funds for the Sept. 11, 2001 attacks, BP's Deepwater Horizon oil spill and General Motors' ignition switch crashes.

On Friday, Volkswagen postponed the publication of its 2015 results and delayed its annual shareholders' meeting as it struggles to put an exact price on its emissions scandal.

More than four months after the scandal broke in the United States, Europe's leading car maker has still not won approval for a fix for any of the vehicles. Last week it named a new head of its U.S. legal department to help resolve the case.

Feinberg told the paper he was unlikely to meet his goal of setting up the claims fund within 60 to 90 days, saying: "My hands are tied as long as VW and the authorities have not overcome their differences." He said he expected an overwhelming majority to accept the eventual offer, and that VW had given him full authority to set the level. "Look at my prior cases: 97 percent of the victims of Sept. 11 accepted my offer. At GM and BP it was more than 90 percent, too. That has to be my target for VW," Feinberg said. "It is a purely business transaction, less emotional. I see that from emails I get from vehicle owners, who say things like: 'Mr. Feinberg, I know I haven't lost a relative, I just want to be treated fairly.' They are all quite reasonable."

Feinberg said he had not yet decided whether to consider claims that the emissions damaged the health of claimants. "I am inclined to not accept that and tell such people they should sue Volkswagen if they want to," he said.

Uncertainty about the financial impact of the scandal on VW's accounts has increased since the start of the year, sending its shares 26 percent lower. However, Norway's $850 billion sovereign wealth fund, the world's largest, told the paper it would remain invested in Volkswagen, in which it holds 1.2 percent.

"VW is an important company for Germany, Europe and the world. That's why we will keep our stake as long as the fund and the company exist," the fund's CEO Yngve Slyngstad said.

But he added that since 2008 the fund has criticized the ownership structure at Volkswagen, where the Porsche and Piech families hold 31.5 percent of the capital but control 50.7 percent of voting rights.

VW has already promised goodwill packages worth $1,000 to tens of thousands of VW owners in the United States, and the European Commission and European lawmakers have urged it to consider making a similar offer to owners in Europe.

The group set aside 6.7 billion euros ($7.5 billion) in the third quarter of 2015 to cover repair costs for vehicles worldwide. Pieper said this might need to be topped up by another 2-3 billion euros.