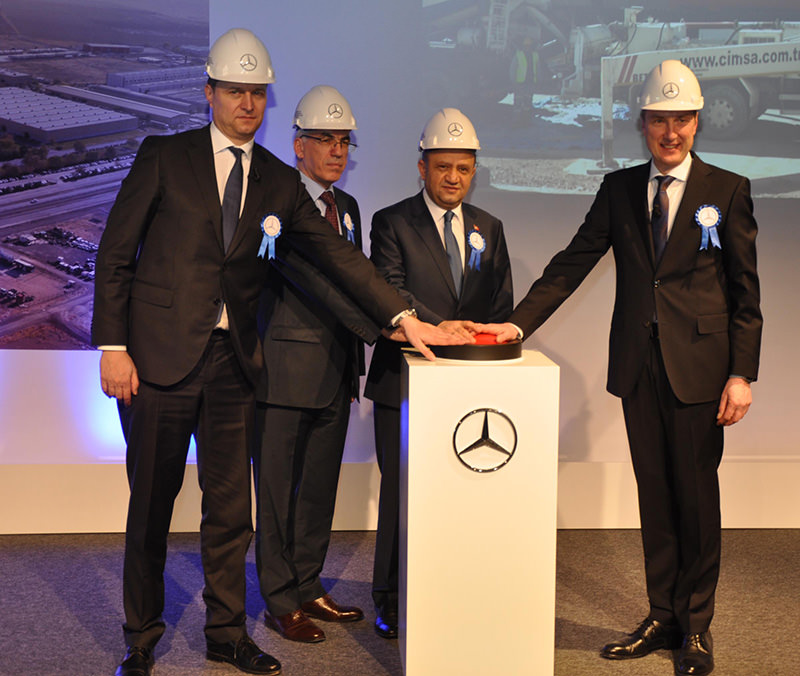 by Daily Sabah with Agencies Feb 10, 2016 12:00 am
Mercedes-Benz Türk will invest 113 million euros in its truck plant in the central province of Aksaray between 2016 and 2018, doubling its capacity. The capacity increase will bring the number of workers in the plant from 1,800 to 3,000.

The groundbreaking ceremony for the new investment was held on Wednesday with Science, Industry and Technology Minister Fikri Işık in attendance. Stressing that Turkey ranks first in bus and light commercial vehicle production and second in truck production in Europe, Işık said Turkey has important, untapped potential in the automotive sector in general.

Highlighting that the German auto giant spends $6 billion worldwide on research and development (R&D) activities and has been operating an R&D center in Turkey since 2009, Işık said Turkey aims to become an attraction point not only for production, but also for research, development and design.

The company's financing and controlling director, Stefan Baasner, said they aim to increase their exports with the new investment. Baasner added that Mercedes-Benz has been Turkey's market leader in heavy trucks for the last 14 years.

Mercedes-Benz operates two plants in Turkey. In addition to the Aksaray plant, which was founded in 1986, the company has been operating a bus plant in Istanbul since 1967. In 2015, 19,688 trucks were produced at the Aksaray plant.
Last Update: Feb 10, 2016 5:09 pm
RELATED TOPICS