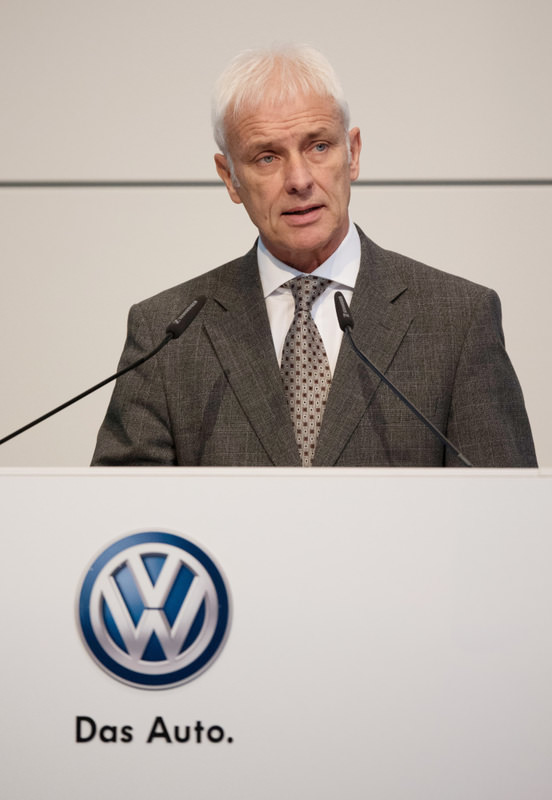 by Mar 09, 2016 12:00 am
German prosecutors have widened their probe of Volkswagen's diesel emissions cheating scandal and are now investigating 17 employees, up from six employees previously, prosecutor Klaus Ziehe said Tuesday.

"This is part of the diesel investigation, the number of suspects has risen, although none are from the management board," Ziehe said. Volkswagen's Chief Executive Matthias Mueller yesterday told employees gathered at the Wolfsburg that the emissions scandal will inflict "substantial and painful" financial damage on the carmaker.

The scandal will keep VW busy "for a long time," the CEO said, adding the carmaker has made no attempts to conceal its wrongdoings. Volkswagen last year set aside 6.7 billion euros ($7.39 billion) to cover costs of recalling of about 11 million diesel vehicles globally. Volkswagen's second-largest shareholder expects more "unpleasant news" to emerge from an emissions-test rigging scandal after the carmaker in September admitted to manipulating pollution tests in the United States.