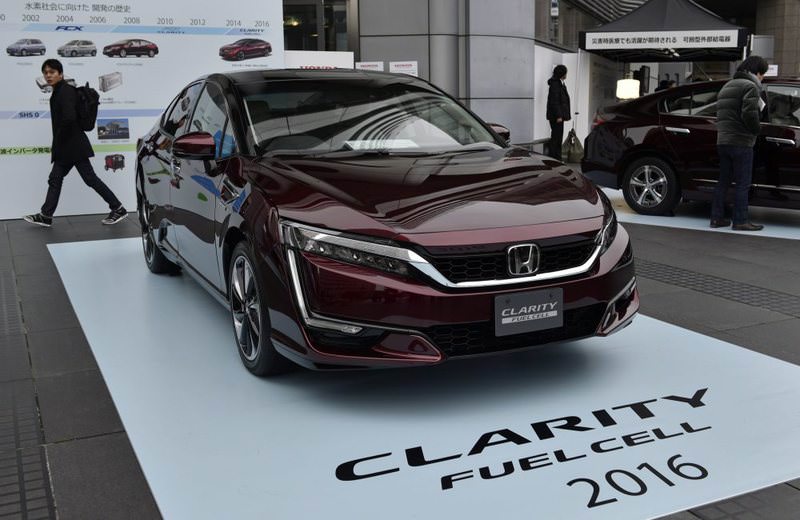 Honda has rolled out a new fuel cell vehicle, the first of its kind to be a five-seater. The zero-emissions Clarity may not sell in big numbers, however, given its price tag of 7.66 million yen ($67,000). Honda Motor Co. said Thursday that its Japan sales target for the first year is just 200 vehicles, all through leasing to government organizations, such as the Environment Ministry, and businesses.

Honda declined to identify the businesses. Honda says the Clarity will go on sale in California later this year for about $60,000, and will lease for under $500 a month. ın Japan, the monthly leasing cost will vary according to the contract but will likely be about 100,000 yen ($880). Government green subsidies are expected to help defray the cost.

All the world's major automakers are working on fuel cells, which are being used to a limited extent in Japan, mainly through leasing. They are super-clean, running on the energy created when hydrogen stored as fuel combines with oxygen in the air and so emits only water.