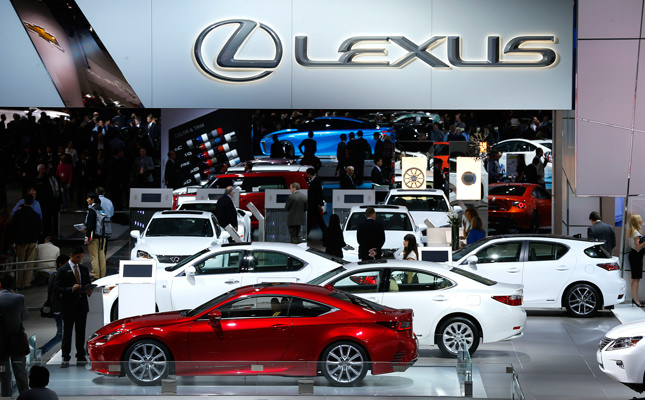 Toyota Turkey's Ali Haydar Bozkurt said that the company had detected demand for the Lexus brand in Turkey for some time, adding that new showrooms would be opened in Ankara, Izmir, Bursa, Antalya and Adana over the next 12-months.

The senior manager also proclaimed that Lexus technical services would be provided in 60 different locations across Turkey to international standards.

The Automotive Manufacturers' Association of Turkey published a report in March claiming that out of just over one million cars Turks bought in 2015, over 65 percent were imports.

However, out of 1.4 million vehicles produced in Turkey during the same time, over 71 percent were exported.

According to up-to-date official data, the number of vehicles registered on the roads in Turkey was 20 million in January.

"The Turkish premium-car market became one of the top 10 markets in Europe last year," Alain Uyttenhoven, head of Lexus Europe, said at the launch.

Uyttenhoven said Turkey was a strategic emerging market for their products, which is why the Lexus brand was being distributed in the country.

Turkey's car market would be one of the top-selling in Europe before 2020, Uyttenhoven also claimed.

Lexus is a luxury motor vehicle manufacturer like Porsche, Jaguar, Maserati and Ferrari.

Despite Lexus not having a branch in Turkey to date, it sold 13 cars in 2015 while Porsche and Jaguar sold 861 and 336 units, respectively, in Turkish marketplace last year.

It is thought that the entrance of the company into the Turkish bazaar will led to growth in employment, particularly through after-sales services.

The Lexus marque -- which was founded in 1989 -- is marketed in over 70 countries and has placed among the 10 largest Japanese global brands in marketplace value.