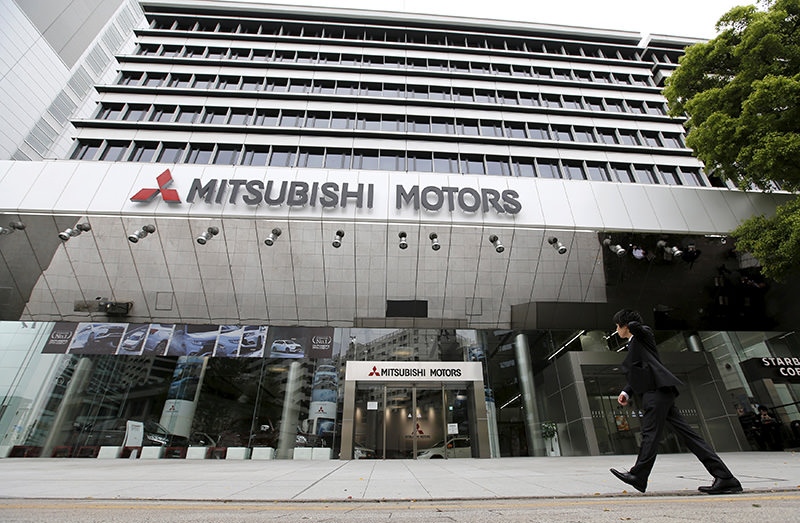 Mitsubishi Motors shares nosedived again Thursday as panicked selling wiped about $2.5 billion off the automaker's market value in just two sessions after its shock admission that it cheated on fuel-efficiency tests.

The embattled stock went into freefall, plunging to 583 yen ($5.31), down 20 percent, after losing 15 percent on Wednesday when the news first broke.

Thursday's drop came as Japanese transport ministry officials descended on a company research and development centre in the city of Nagoya, in a sign the government may slap the under-fire company with heavy fines over the scandal, local media said.

"This has critically damaged consumers' trust and it won't be tolerated," top government spokesman Yoshihide Suga said Thursday. "It's an extremely serious issue."

Mitsubishi admitted Wednesday that unnamed employees rigged tests to make some of its cars seems more fuel-efficient than they were.

It said it would halt production and sales of the affected vehicle models -- mini-cars sold in Japan including some made for rival Nissan -- and warned that the number of cars involved in the scandal would likely rise.

The embarrassing revelation follows a massive pollution-cheating scandal at Volkswagen that erupted in September and which the German giant is still struggling to overcome.

Mitsubishi's top executive conceded Wednesday that the brewing crisis would take a bite out of the automaker's bottom line, as it widens its probe to cars that it sold overseas.

"This is not a simple problem and we need time" to assess the impact, Mitsubishi president Tetsuro Aikawa told a news briefing.

"But I'm sure there will be an impact. The damage will be big."

The falsified figures were discovered after Nissan found inconsistencies in fuel-economy data.

Japan's number-two automaker said it would halt sales of the affected mini-cars, but added that it had no immediate plans to change its business relationship with Mitsubishi, which also makers Lancer cars and the Outlander sport utility vehicle.

Mini-cars, or kei-cars, are small vehicles with 660cc gasoline engines that are hugely popular in the Japanese market, although have found little success abroad.

Mitsubishi sold more than a million vehicles at home and overseas in its latest fiscal year.

The collapse of Mitsubishi's stock on Wednesday was its biggest one-day plunge since 2004.

At that time, Mitsubishi was struggling to launch a turnaround as it teetered on the edge of bankruptcy, hit by a lack of cash and a series of huge recalls linked to deadly defects.

German titan Volkswagen has been hammered by the global scandal that erupted when it emerged that it had installed emissions-cheating software in 11 million diesel engines worldwide.

The costs of the scandal are still incalculable but are expected to run into several billions of dollars as a result of fines and lawsuits.

South Korean automakers Hyundai and Kia in 2014 agreed to pay $100 million to settle a US government investigation into exaggerated fuel efficiency on 2012 and 2013 car models sold in the United States.