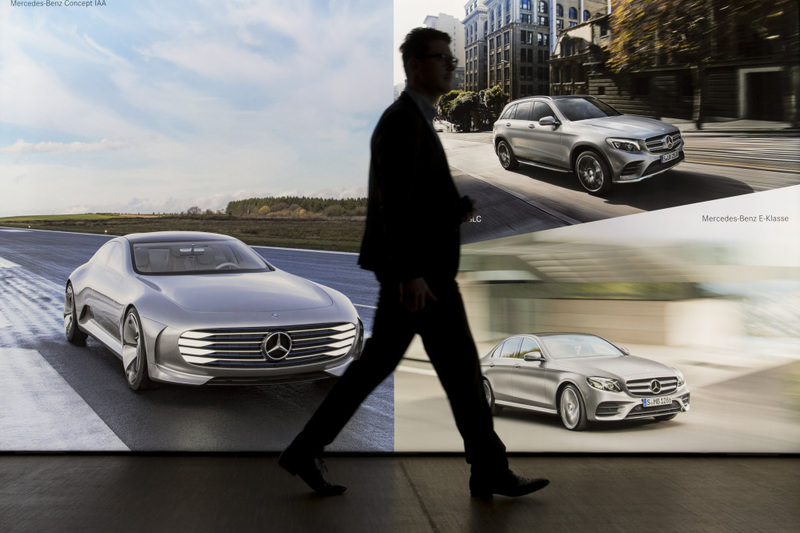 The global car industry gathers for its biggest annual event in China as analysts say a slowdown is hitting the world's number-one auto market, with the struggling Chinese economy putting a drag on vehicle demand

China's auto sales growth is projected to bump along at an average 5 percent annually over the next five years as a weaker economy takes its toll, consulting firm McKinsey said in a report ahead of the Beijing Auto Show, which opens on Monday.

"After years of double-digit growth, China's auto market is slowing down. A cooling economy is one of the primary factors in the deceleration of what remains the world's largest market for automobiles," McKinsey said. Domestic and international carmakers face increasingly cutthroat competition for consumers, whose preferences have become "more practical," it said.

The anti-corruption campaign under President Xi Jinping has reduced the appeal of luxury cars, it added, and "significant numbers" believe they can meet their transport needs by leasing, co-owning, or renting vehicles, According to the Agence France-Presse (AFP).

"There's no sign of momentum," said Michael Dunne, CEO and strategist at Dunne Automotive in Hong Kong. Competition is growing and "the China profit machine is slowing", he said

"Chinese auto sales will be fortunate to grow by five percent this year. It is not that no one is making profits, but the overall profits per car will be lower in 2016 than they were in 2015."

Passenger vehicle sales in China surged by an average of more than 12 percent annually from 2010 to 2015, but an economic slowdown has reduced the speed, with expansion dropping to 4.7 percent last year. The market is forecast to grow an average of five percent a year from 2015 to 2020, according to the McKinsey report.

China's economy grew an annual of 6.9 percent last year, the weakest in a quarter of a century, and gross domestic product slowed further to 6.7 percent in the first quarter. Still, annual passenger vehicle sales are expected to reach 24 million units in 2020, compared with around 19 million in 2015, McKinsey said.

The rise of ride-sharing services such as Uber and dominant local player Didi have introduced new options that reduce the need for new cars, and consumers have become savvier about price-shopping online, putting downward pressure on margins. So-called "mobility services," like ride-sharing and hailing, could reduce China's annual private vehicle sales by as much as 4 million by 2030, although that would be offset by two million extra vehicle sales for such services, it said.

Competition for market share has become more intense as Chinese carmakers have improved their offerings, particularly in the surging SUV segment, where sales leaped by over 50 percent in the first quarter of 2016 as consumers opted for bigger cars on the country's dangerous roads. Namrita Chow, principal China analyst at IHS automotive, said that international manufacturers can no longer "overlook the Chinese brands, saying: 'Oh, they don't have what it takes to be a competitor.' Those days are gone."

But fears of a slowdown are offset to some extent by opportunities created by the rapidly changing industry, analysts said. GM China President Matt Tsien said earlier this year that the global giant "expects the automotive industry to change more over the next five to 10 years than in the past 50 years."

More than half of over 3,500 consumers surveyed by McKinsey wanted to upgrade their cars and report co-author Paul Gao told AFP: "The growth is still solid. Five percent out of a big base still makes China a very attractive market."

German automaker Daimler AG is investigating what it says are "possible indications of irregularities" in its emissions certification process at the request of the U.S. government, according to the Associated Press (AP). French auto giant PSA Group, the maker of Peugeot and Citroen cars, also said Thursday its premises had been raided by France's anti-fraud squad as part of a probe into emissions. The fraud squad said separately that the raid was prompted by harmful emission "anomalies" found in three PSA car models during pollution tests triggered by a Volkswagen emissions cheating scandal.

Mitsubishi Motors Corp's fuel economy scandal broadened on Friday after U.S. auto safety authorities said they were seeking information and following reports that the automaker submitted misleading data on at least one more model than disclosed and likely several more, according to Reuters.