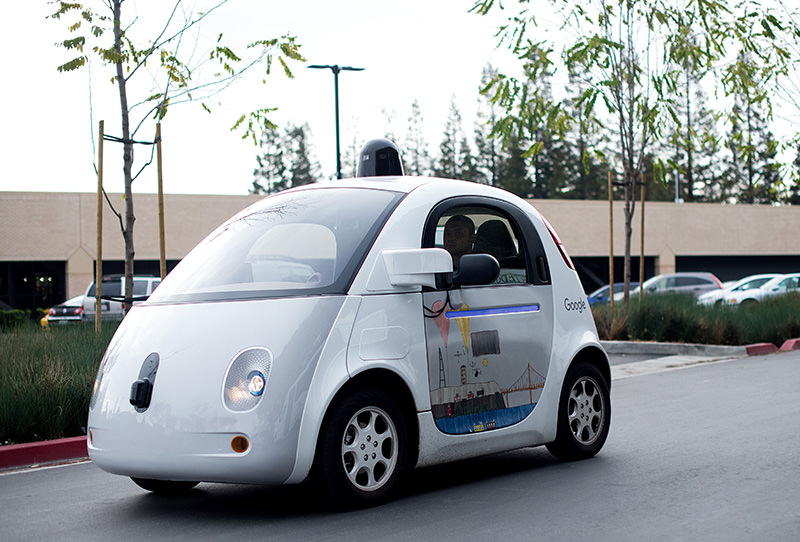 Google parent Alphabet on Tuesday announced that it is partnering with Fiat Chrysler in a major expansion of its fleet of self-driving vehicles.

The Google autonomous test fleet would be more than doubled with the addition of 100 new 2017 Chrysler Pacifica Hybrid minivans, with the companies aiming to have some on the road by the end of this year.

The collaboration with Fiat Chrysler Automobiles (FCA) marks the first time that the California-based Internet giant has worked directly with an automaker to build self-driving vehicles.

"FCA will design the minivans so it's easy for us to install our self-driving systems, including the computers that hold our self-driving software, and the sensors that enable our software to see what's on the road around the vehicle," the car team said in a post at the Google+ social network.

The minivan design also provides an opportunity to explore the potential of large self-driving vehicles that could be used mass-transit style with features such as hands-free sliding doors for getting in or out, according to the post.

Alphabet said it was not licensing its autonomous car technology, nor would it be selling the self-driving minivans.

The move signals that Google has a particular interest in "people mover type vehicles" with the potential to autonomously shuttle passengers about in settings such as college campuses, cities or shopping districts, Kelley Blue Book analyst Karl Brauer told AFP.

"I'm confident that Google feels that is where the greatest mission potential for the autonomous vehicle is."

Google began testing its autonomous driving technology in 2009, using a Toyota Prius equipped with the tech giant's equipment. It now has some 70 vehicles, including Lexus cars adapted by Google and its in-house designed cars unveiled in 2014.

FCA will design and engineer minivans uniquely built for self-driving technology that Google would integrate into vehicles, according to the carmaker.

The companies will position engineering teams at a facility in Michigan to accelerate the design, testing and manufacturing of the self-driving Chrysler Pacifica.

"The opportunity to work closely with FCA engineers will accelerate our efforts to develop a fully self-driving car that will make our roads safer and bring everyday destinations within reach for those who cannot drive," said Google Self-Driving Car Project Chief Executive John Krafcik.

The U.S. agency in charge of highway safety early this year provided feedback indicating that a bubble-shaped autonomous car built by Alphabet could qualify as being its own driver.

In a written response to a query from the Silicon Valley-based technology firm, the National Highway Traffic Safety Administration said that since the self-driving cars lacks steering wheels or other controls for humans, it is "more reasonable to identify the driver as whatever (as opposed to whoever) is doing the driving."

While the administration's response didn't change rules of the road, it is seen as a green light of sorts for getting autonomous vehicles to market.

Google has been testing self-driving cars on California roads for a while, and an array of automobile makers, including Audi, Ford, Mercedes, Lexus, Tesla and BMW, are working on building self-driving capabilities into vehicles.

"The experience both companies gain will be fundamental to delivering automotive technology solutions that ultimately have far-reaching consumer benefits," he said.

In January, the U.S. administration pledged to help clear the way for autonomous vehicles with an investment of $4 billion to fund research and testing projects.

A Chinese auto firm revealed last month that it was buying two foreign companies and their self-driving technologies for more than $1 billion.

Chinese tech giant Baidu, which has opened a California research center for autonomous driving, has said it is planning to produce driverless cars by 2020.

The Alphabet-FCA collaboration could "easily encourage an Apple, an Uber or another technology company to follow the same path and work more closely with an auto maker," according to Kelley Blue Book's Brauer.