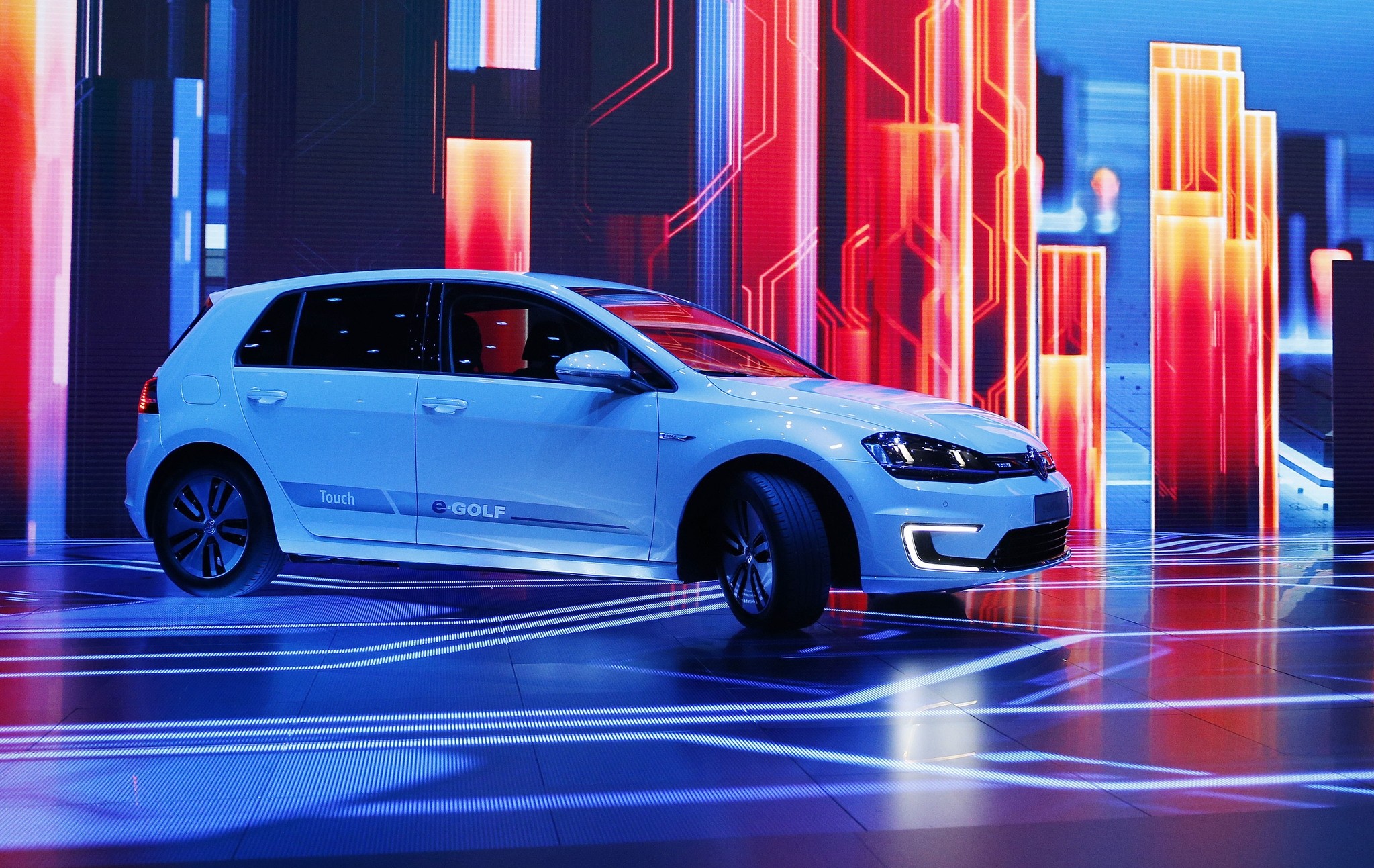 In this Jan. 5, 2016 file photo Volkswagen unveils the e-Golf Touch electric car during a keynote address at CES International in Las Vegas, United States. (EPA Photo)
by Jun 18, 2016 12:00 am

Volkswagen will stop producing more than 40 car models in the coming years as part of a new strategy by Europe's biggest automaker, German newspaper Handelsblatt reported on Saturday.

Volkswagen (VW) said on Thursday it would invest billions of euros in electric cars, ride-hailing and automated driving to become a world leader in green transport by 2025 as it reshapes its business following a diesel emissions scandal.

Citing company sources, Handelsblatt said the overhaul would also involve ceasing production of more than 40 models. Volkswagen currently makes about 340 car models across its portfolio, which includes brands such as Audi, Skoda and Seat.

A Volkswagen spokesman said, however, the number of models that would be discontinued had not been decided yet. "A decision on how many models will be phased out or ceased has not been taken yet," he said.