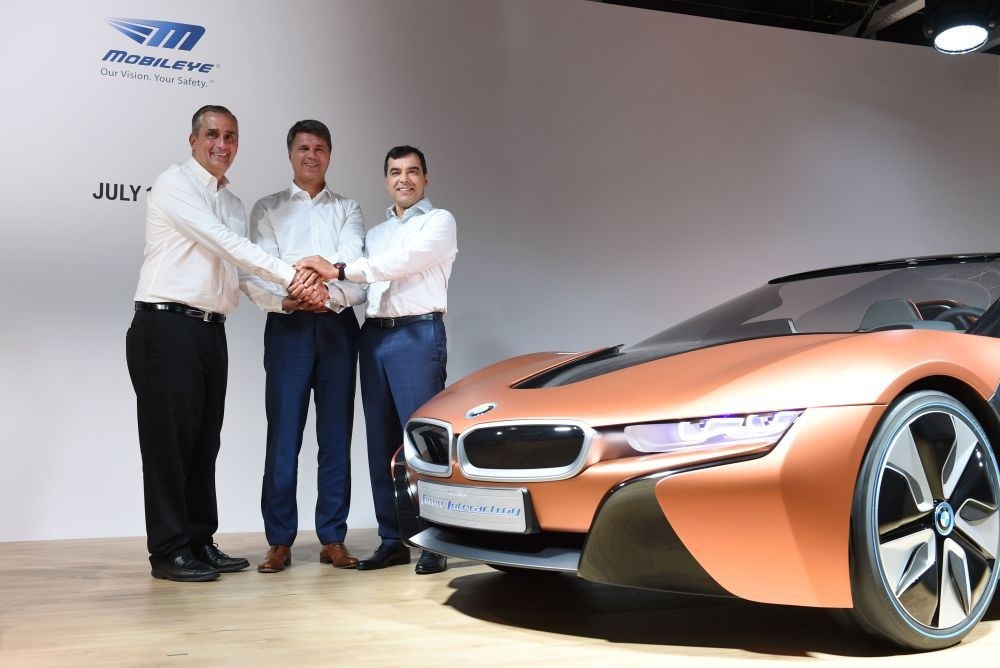 The three firms will collaborate on the systems needed to make cars that can navigate without any help from a human driver. The vehicles will be capable of driving safely along major roads as well as in inner city areas

German top-of-the-range car maker BMW announced Friday that it is joining forces with U.S. computer chip giant Intel and the Israeli technology firm Mobileye to develop self-driving cars. The three companies "are collaborating to bring solutions for highly and fully automated driving into series production by 2021," they said in a joint statement. The news comes amid growing interest in self-driving cars following tests over the past few years by Google and research by several major automakers.

"BMW, Intel and Mobileye are convinced that automated driving technologies will make travel safer and easier," they said. The aim of the collaboration was to develop solutions that would enable drivers not only to take their hands off the steering wheel, but also reach a stage where they could also take their eyes of the road and ultimately their mind off driving, the statement continued. The final stage would then be "driver off," or without a human driver inside.

"This establishes the opportunity for self-driving fleets by 2021 and lays the foundation for entirely new business models in a connected, mobile world," the partners said. While the auto industry sees self-driving cars as the way forward, U.S. electric car company Tesla announced earlier that a driver was killed in a car crash in Florida in May while using the "autopilot" self-driving mechanism on one of its models. The National Highway Traffic Safety Administration (NHTSA) said it had opened a "preliminary evaluation" into the performance of the autopilot function in the wake of the crash. BMW, Intel and Mobileye insisted that "the future of automated driving promises to change lives and societies for the better."

Nevertheless, "the path to get to a fully autonomous world is complex and will require end-to-end solutions that integrate intelligence across the network, from door locks to the data center," they said.

"Transportation providers of the future must harness rapidly evolving technologies, collaborate with totally new partners, and prepare for disruptive opportunities."

Intel is the world's leading maker of computer chips while Mobileye describes itself as the "global leader in the development of computer vision and machine learning, data analysis, localization and mapping for Advanced Driver Assistance Systems and autonomous driving."

BMW is already a client of Mobileye. And last year it joined forces with its German rivals Daimler and Audi, the luxury subsidiary of Volkswagen, to buy the Here digital mapping service from Nokia.

BMW's Series 7 is able to park itself or keep in line while maintaining a safe distance behind the car ahead at speeds up to 210 kilometers per hour. Tesla, known for its high-end electric cars, unveiled its autopilot system last year which allows the vehicle to automatically change lanes, manage speed and even hit the brakes. The system is activated and overridden by the driver.

Scientists said autonomous driving systems will require programmers to develop algorithms to make critical decisions that are based more on ethics than technology, such as whether to sacrifice a driver or passenger rather than pedestrians.
RELATED TOPICS