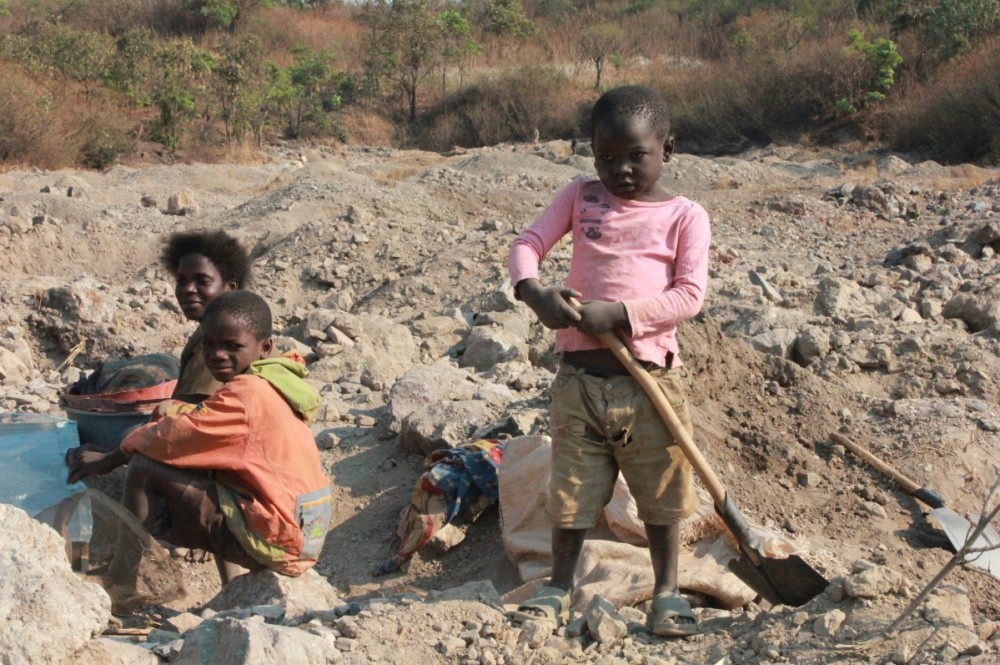 by Oct 01, 2016 12:00 am
Leading electric carmakers may be unwittingly using child labor to produce batteries for vehicles that have grown in popularity for using clean energy aimed at limiting global warming, Amnesty International said on Friday.

The human rights watchdog said cobalt used in lithium ion batteries for electric vehicles, phones and laptops could come from mines in Democratic Republic of Congo (DRC) where child labor is rampant. It accused carmakers including GM, Renault-Nissan, Fiat Chrysler, Volkswagen, Daimler and Tesla of failing to map the supply of cobalt from mines in Congo to smelters and on to battery-makers. As a result, electric cars sold across the globe could contain traces of the metal produced each year by informal Congolese mines without companies knowing, the group said.

"We have found that there is significant risk that cobalt mined by children could be entering their supply chains," said Mark Dummett, human rights researcher at Amnesty. Due to the growing demand for lithium ion batteries in electric cars and consumer goods like mobile phones, Dummett said carmakers had an obligation to trace their supply chain to ensure children were not used to mine cobalt.

"Frankly companies owe it to their consumer to be transparent about their supplies and to map out their supply chains so that they know where it's coming from," he said in an interview with the Thomson Reuters Foundation. More than half of the world's cobalt comes from DRC, Amnesty said, and 20 percent of the mineral was mined by hand. Millions of Congolese work in informal mining, with rudimentary tools and usually without legal authorisation. They often scavenge in the waste heaps of larger mines.

Congo's supply of metals such as tantalum, tin, tungsten and gold has been under scrutiny since 2010, when laws in the United States required U.S.-listed companies to ensure their supply chain was free from these so-called "conflict minerals".

But cobalt has received scant regulatory attention, although Congo, where dozens of armed groups roam its lawless eastern region, is the source of more than half of global supply.

Amnesty's Dummett said although many electric carmakers had human rights policies, they were not willing to publicly disclose the steps they were taking, if any, to actively prevent child labour in their supply chains. Electric car prototypes and plans are growing in popularity, and dominating this year's Paris auto show, as falling battery costs persuade executives and investors that plug-in vehicles are ready to go mainstream. The Climate Action Tracker, a leading body that monitors government actions on climate, said the last gasoline-powered car will have to be sold by about 2035 to put the world on track to limit global warming.