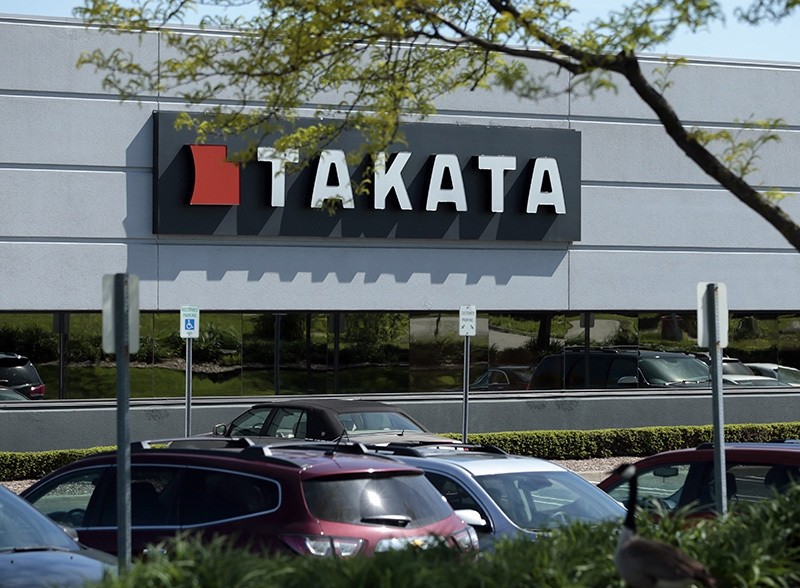 Toyota said Wednesday it was recalling another 5.8 million Takata-made airbags in a global safety scandal blamed for a string of deaths and injuries.

The world's biggest vehicle maker said it was calling back 1.47 million airbags installed in cars sold in Europe, 1.16 million units in Japan, 820,000 units in China, and 2.35 million in other regions excluding the United States, where recalls have already been announced.

Toyota's recall on Wednesday brings its total of called back Takata airbags to 23.1 million.

The affected models, including Corolla and Vitz/Yaris, were produced between May 2000 to November 2001 or between April 2006 to December 2014, Toyota said in an e-mail to AFP.

Some 100 million Takata airbags have been recalled over a defect that can send metal and plastic shrapnel from the inflator canister hurtling toward drivers and passengers when an airbag is deployed.

The main cause of the defect remains unclear but a combination of time, environmental moisture and fluctuating high temperatures is a likely culprit, the National Highway Traffic Safety Administration said.

Most of the deaths have been in the US and Malaysia.

The supplier's customers, also including Honda, Volkswagen and General Motors, could face billions of dollars in costs linked to the recall and legal liabilities.