Samsung to buy US auto parts supplier Harman for $8B 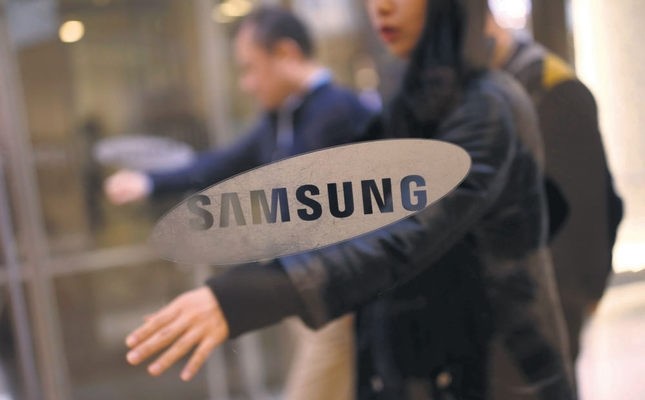 While the South Korean giant eyes the growing market for connected cars, the deal, the biggest in the firm's history, will provide a chance for the tech titan to move past the Galaxy Note 7 crisis

The deal, the biggest in the firm's history, will provide a chance for the tech titan to move past the exploding Galaxy Note 7 crisis that is expected to cost the company billions of dollars as well as its cherished reputation.

The board members of Samsung -- the world's largest producer of smartphones -- approved the all-cash deal of the Connecticut-based firm for $112 a share, Samsung said in a statement.

The deal will give the South Korean giant a "significant presence" in the global market for online-connected auto parts, the firm said.

"Harman perfectly complements Samsung in terms of technologies, products and solutions, and joining forces is a natural extension of the automotive strategy we have been pursuing for some time," Samsung vice chairman Kwon Oh-Hyun said in a statement.

"Harman immediately establishes a strong foundation for Samsung to grow our automotive platform."

Harman produces high-end audio systems and other internet-enabled entertainment features for global carmakers including General Motors and Fiat Chrysler. Samsung Electronics -- the flagship unit of the Samsung Group -- produces a wide range of electronics from smartphones to home appliances and semiconductors.

The latest deal will offer the firm a chance to combine Harman's expertise in high-tech auto parts and its own mobile and semiconductor technologies, Samsung said.

Samsung is hoping to complete the deal by the third quarter of 2017 after getting approvals from Harman shareholders and regulators.

The latest deal comes as the South Korean electronics giant seeks new sources for growth beyond its key business of mobile handsets as the market slows.

"Samsung is trying to fill what it lacks by tapping into a new growth engine," said Greg Roh, an analyst at HMC Investment Securities.

"We can say that Samsung took a big step in gaining a competitive edge in the car infotainment sector," Roh said.

Samsung in September announced a recall of millions of Note 7s after it emerged they were susceptible to overheating and exploding. The problem was exacerbated when it was discovered replacement gadgets were also blowing up and they discontinued the handset. Roh said the search for a new growth engine would also likely be aimed at giving the company a boost amid a power transfer to the scion Lee Jae-Yong.

The 48-year-old Lee, who is already vice chairman of Samsung Electronics and has seen his influence grow since his father, Samsung patriarch Lee Kun-Hee, suffered a heart attack and was hospitalized in 2014, joined the board last month during an extraordinary shareholders' meeting.

Samsung last year established a new automotive electronics business team, which will work closely with Harman, Samsung said. The market for smart, connected electric vehicles including self-driving cars would grow by an average of 13 percent each year to $186.4 billion by 2025, it added. The Samsung group dabbled in the carmaking business in the 1990s but was soon forced to sell the business to the French carmaker Renault in the wake of the crippling 1997-98 Asian financial crisis.
RELATED TOPICS