Turkish automotive exports up in November, reach highest since 2008 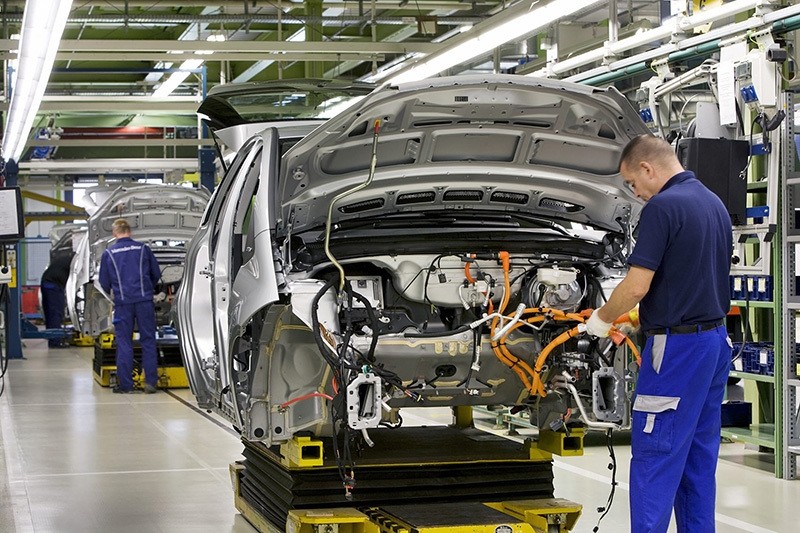 Turkish automotive exports increased by 16.9 percent and reached $2.2 billion in November, the highest monthly level since 2008, renewing its record after last month and marking a 50 percent increase in automotive exports as the determining factor in the sector's successful performance.

According to a statement by the Uludağ Automotive Industry Exporters' Union (OIB) on Sunday, exports to three of the largest markets, including Germany, Italy and France, have increased in double digits as high as 65 percent.

Other major markets including Poland, Slovenia, Holland and Romania also saw an increase of 57 percent, 49 percent, 27 percent and 20 percent, respectively. On the other hand, automobile exports to the U.K. fell by 12 percent, Israel by 25 percent and Denmark by 18 percent. The decrease in exports to the U.K. was primarily caused by the decrease in the use of motor vehicles for transportation of goods which fell by 31 percent. Export figures fell in Israel due to a 27 percent decrease in passenger car use.

Automotive exports accounted to 18.7 percent of Turkey's total exports with the rise.

Automotive exports also increased by 11.5 percent in the 11-month period between January and November, reaching $21.530 billion.