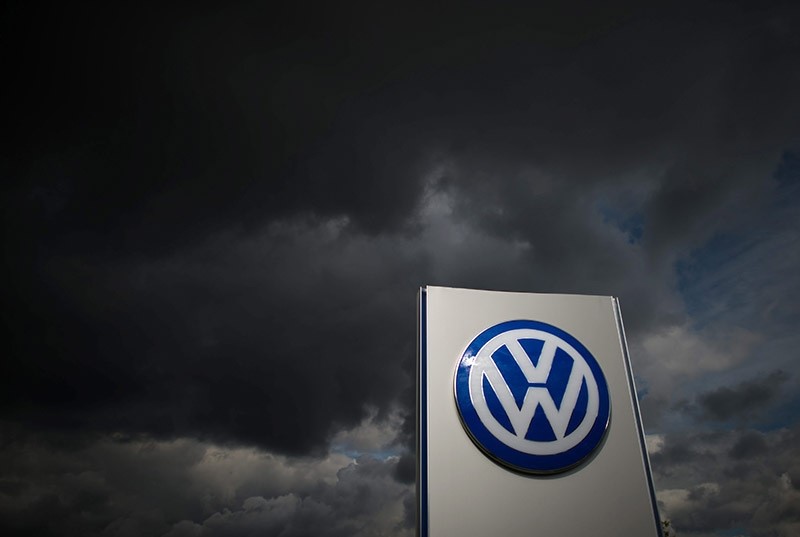 Dark clouds above a corporate logo of German car manufacturer Volkswagen in front of the Volkswagen plant in Wolfsburg, Germany. (EPA Photo)
by Associated Press Dec 08, 2016 12:00 am

The European Union is starting legal action against Britain, Germany, Spain and Luxembourg for not imposing penalties against Volkswagen for using illegal software to hide vehicle emissions.

The European Commission also said Thursday that it believes Britain and Germany "broke the law by refusing to disclose, when requested by the Commission, all the technical information" they gathered on Volkswagen emissions.

It said the technical information concerns "potential nitrogen oxide (NOx) emissions irregularities in cars by Volkswagen Group AG and other car manufacturers on their territories."

In the wake of the Volkswagen diesel emissions scandal, the Commission called on all EU states to test for so-called "defeat devices" on other makes of vehicles.

A number of member states found that such stealth software is being used by others, but they believe the use is covered under an exemption because the equipment is aimed at protecting the vehicle's motor. However, the Commission said it needs that data to verify if this is the case.

The Commission, which supervises the application of EU laws, has given the countries two months to respond to its allegations.

German automaker Volkswagen has been trying to cut costs to recover from the fallout of the scandal.

The company has agreed to pay $15 billion under a settlement with U.S. authorities and owners of some 500,000 vehicles with software that turned off emissions controls.

The Commission said it is also taking action against Britain, the Czech Republic, Germany, Greece, Lithuania, Luxembourg and Spain for failing to set up a penalties system to deter auto makers from violating emissions laws or for not imposing sanctions when the law has been broken. The penalties are part of the EU's vehicle type approval rules.