Takata agrees to $1B settlement over exploding air bags 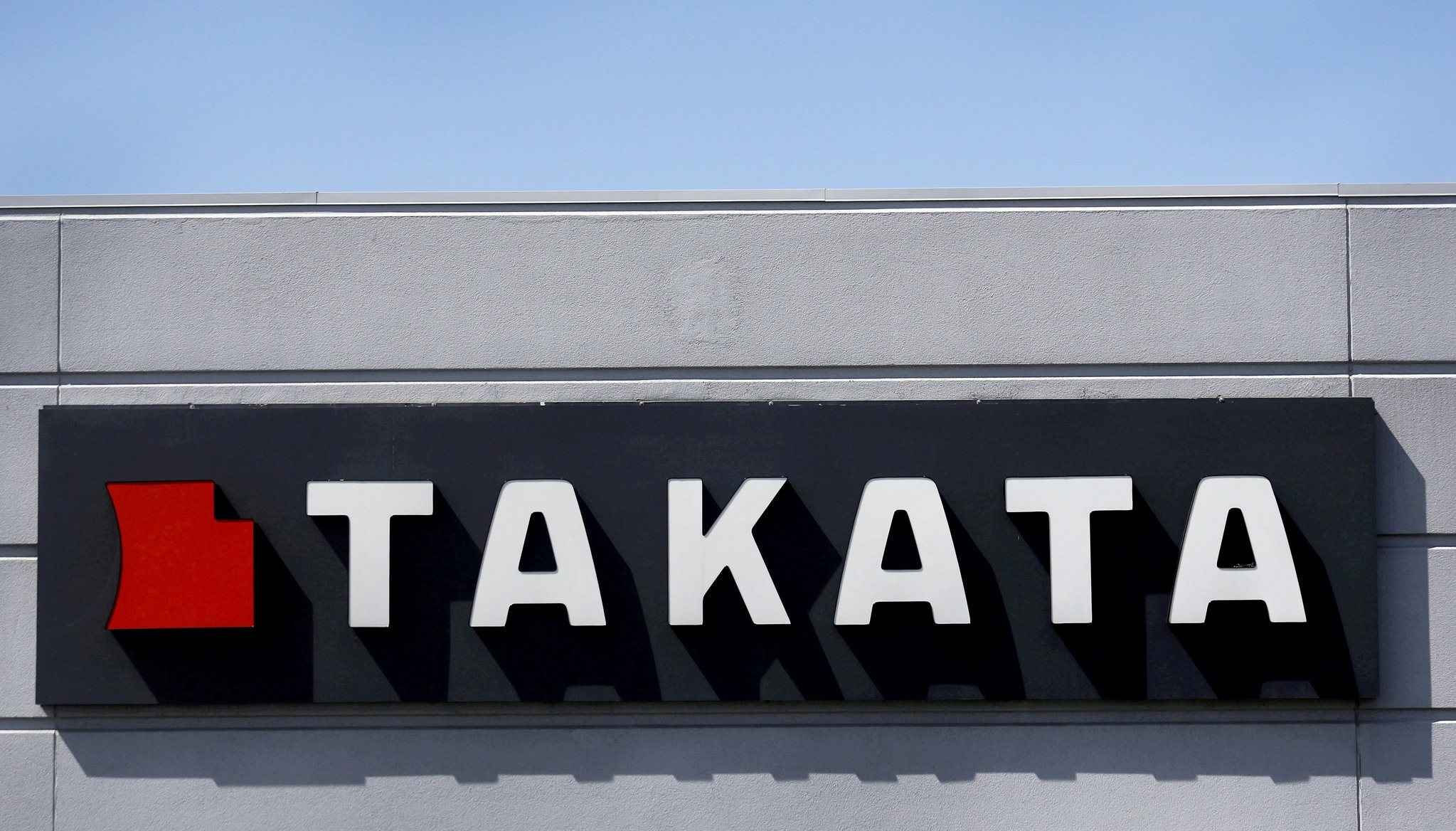 Japan's Takata Corp on Friday agreed to plead guilty to criminal wrongdoing and pay $1 billion to resolve a U.S. Justice Department investigation into ruptures of its air bag inflators linked to at least 16 deaths worldwide.

Takata will pay a $25 million fine, $125 million in a victim compensation fund, including for future incidents, and $850 million to compensate automakers for massive recall costs, the Justice Department said. The auto parts supplier will be required to make significant reforms and be on probation and under the oversight of an independent monitor for three years.

The company's shares rose 16.5 percent in trading in Japan on news of the expected settlement, in which it agreed to plead guilty to a single felony count of wire fraud.

The settlement could help Takata win financial backing from an investor to potentially restructure and pay for massive liabilities from the world's biggest automotive safety recall.

"Reaching this agreement is a major step toward resolving the airbag inflator issue and a key milestone in the ongoing process to secure investment in Takata," Shigehisa Takada, chairman and chief executive of Takata, said in a statement.

He added that the company "deeply regrets the circumstances that have led to this situation and remains fully committed to being part of the solution."

Starting in 2000, Takata submitted false test reports to automakers to induce them to buy faulty air bag inflators, according to the Justice Department. Takata made more than $1 billion on the sale of the inflators and Takata executives fabricated test information about their performance, the department said in a statement.

Shinichi Tanaka, Hideo Nakajima, and Tsuneo Chikaraishi were indicted on wire fraud and conspiracy charges for allegedly convincing automakers while at the supplier to buy "faulty, inferior, non-performing, non-compliant or dangerous inflators" through false reports."

The Justice Department said the three were suspended in 2015 and not currently working for Takata. The six-count indictment, unsealed on Friday, said they knew around 2000 that the inflators were not performing to automakers specifications and were failing during testing, but they provided false test reports to automakers.

The inflators can explode with excessive force, launching metal shrapnel at passengers in cars and trucks. Many of those killed were involved in low-speed crashes that they otherwise may have survived. To date, 11 deaths and 184 injuries have been linked to the inflators in the United States.

"Automotive suppliers who sell products that are supposed to protect consumers from injury or death must put safety ahead of profits," said U.S. Attorney Barbara McQuade in Detroit.

"If they choose instead to engage in fraud, we will hold accountable the individuals and business entities who are responsible," McQuade said.

The company has 30 days to pay the $150 million for victim compensation and the criminal fine and then up to a year to pay the rest.

In recent years, the Justice Department has had an unprecedented number of criminal investigations into wrongdoing by automakers and suppliers, reaching major settlements with Toyota Motor Corp, Volkswagen AG, General Motors Co among others.

The Justice Department said it had recommended together with Takata that Ken Feinberg, a compensation expert, oversee the automaker and victim compensation funds.

The recalls have affected 19 automakers to date.

Regulators expect it will take at least another three years to begin all of the recalls; just 12.5 million inflators have been repaired to date.

A spokeswoman for the U.S. Attorney's Office in Detroit said it was not clear where the three executives indicted were currently residing or if they had lawyers. They do not yet have a date to appear in court.

In 2015, Takata admitted in a separate $70 million settlement with U.S. auto safety regulators that it was aware of a defect in its air bag inflators but did not issue a timely recall.

The settlement will only provide a fraction of the money for automakers who have been forced to recall millions of vehicles with the defective inflators. All but one of the 11 U.S. deaths have taken place in Honda Motor Co (7267.T) vehicles. The Japanese automaker and Takata have settled nearly all lawsuits filed in connection with fatal crashes.