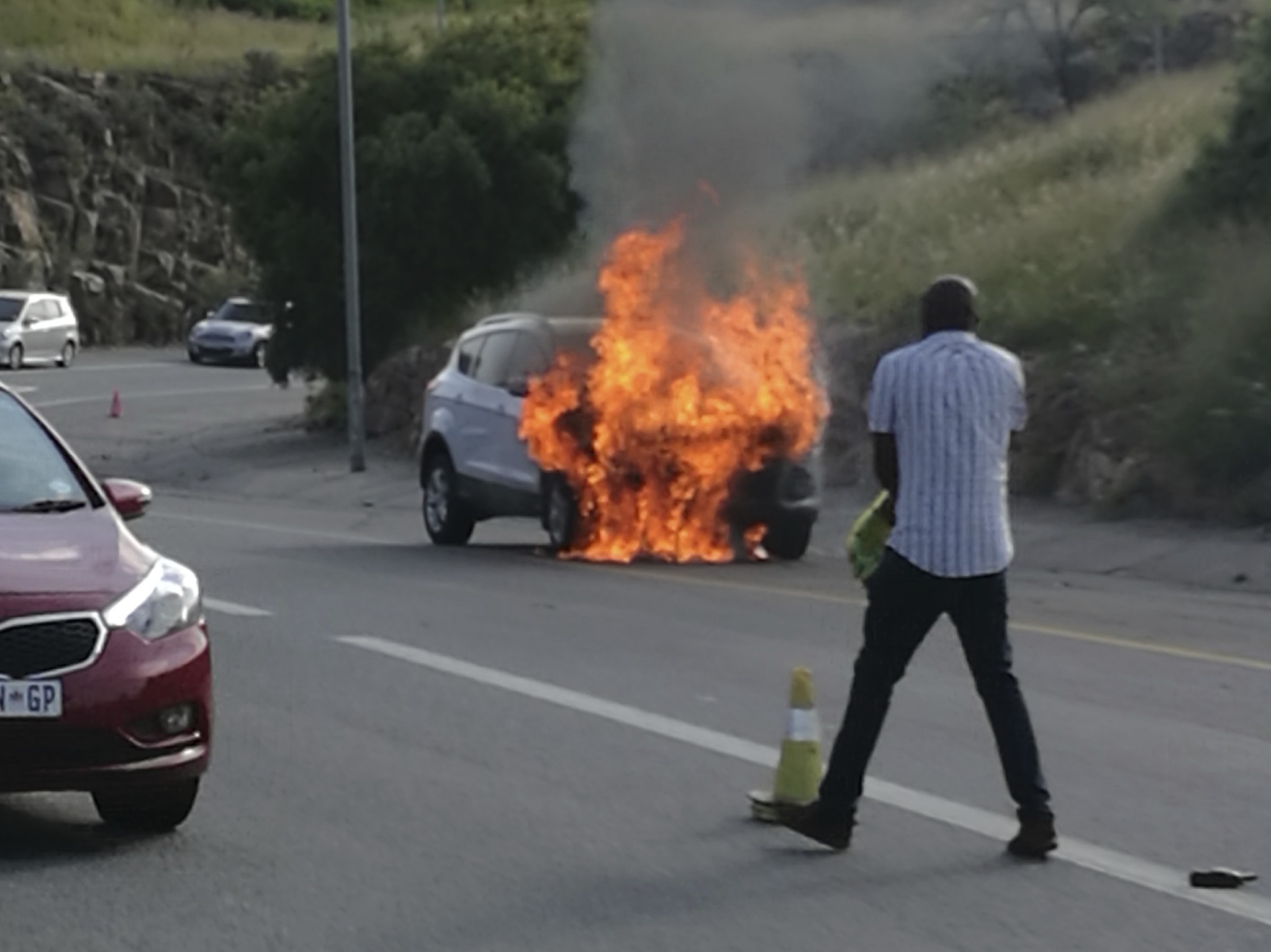 U.S. motor giant Ford on Monday recalled 4,500 1.6-litre Kuga cars in South Africa after nearly 40 incidents in which vehicles were reported to have burst into flames.

Over recent years, the SUV model has been the focus of repeated accounts in South Africa of spontaneous fires taking hold while the car was being driven.

Nemeth said that the fires were caused by overheating due to poor coolant circulation that led to an oil leak.

"If the oil leak reaches a hot engine component it could potentially catch fire," he said.

"With this safety recall all affected vehicles, including those that have already been checked as part of our maintenance check, must be taken to a Ford dealer as soon as possible."

One man, Reshall Jimmy, died in December 2015 when his Kuga burst into flames, but Ford said it believed the death was not related to the fault.

"We are not aware of any injuries that have resulted from our engine compartment fires," Nemeth said, while also offering his condolences to Jimmy's family, who attended the press conference.

Kaveen Jimmy, Reshall's brother, said his family's campaign over the Kuga would continue and that lawyers were preparing a civil action case against Ford.

"I think 50 percent of the battle has been won. Part of the goal was to get these Kugas from South Africa so that the safely of South Africans can be protected," he said.

"The next leg of the battle is to get Ford... to look at the evidence (and) what caused my brother's death, a very senseless death."

Ford said the vehicle were built in Valencia, Spain between December 2012 and February 2014.

Last week the company said it was expanding a safety recall of some defective airbag inflators from Japanese parts maker Takata.

The action extended the recall to about 816,000 Ford, Lincoln and Mercury brand vehicles built in North America and sold in the United States and Canada for various model years between 2005 and 2012.

Most major manufacturers have been affected in what has been described as the largest-ever auto safety recall.