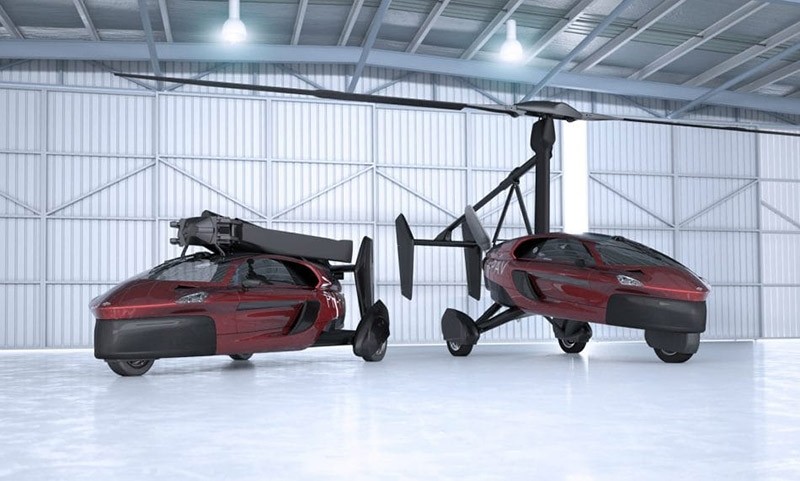 The Dutch company PAL-V International B.V. has officially launched sales for its two commercial models of flying cars this week, promising deliveries of the road and air certificated models by the end of 2018.

"After years of hard work, beating the technical and qualification challenges, our team succeeded in creating an innovative flying car that complies with existing safety standards, determined by regulatory bodies around the world," announced PAL-V CEO Robert Dingemanse.

PAL-V started testing first concept vehicles in 2009 and 2012, and after successful results, the current commercial products were designed by leading Italian design agencies with a "distinct Italian flair".

The company also stated that it had entered an exciting phase after it began receiving its first client orders. Contrary to other flying car manufacturers, PAL-V has managed to engineer, design and build its vehicles with proven technologies that are fully compliant with regulations.

The manufacturer took all the necessary measures to avoid common pilot errors during production and, thanks to the dual engine propulsion, the flying cars are safe and easy to operate, Dingemanse stated.

The PAL-V flying car looks like a chopper in the air, while also giving a sports car feel on the road due to the lowered suspension and tilting cockpit.

The two available models, called the "Liberty Pioneer" and "Liberty Sport", are expected to be a hit in North America. Mark Jennings-Bates, who is PAL-V's Vice President of Sales in North America, has already introduced the Liberty models to selected clients in Canada, USA, Mexico and Bermuda.

"We are very pleased with the response so far. Now that the new design is public I expect to see an even greater interest stemming from North America which has a propensity for early adoption in innovative products," said Jennings-Bates.

There is currently no detailed information about the documents necessary to operate these road and air vehicles, however a pilot license in addition to a driving license will probably be required.