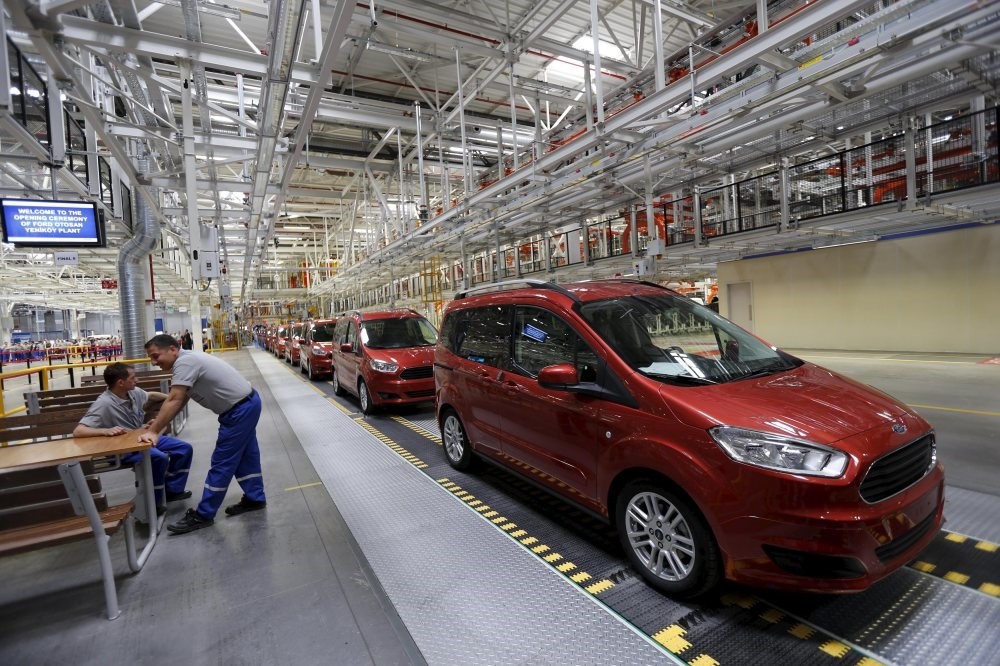 by Mar 14, 2017 12:00 am
Turkey's automotive production surged to a record high in the first two months of the year, data from the Automotive Industry Association (OSD) showed, propelled by strong car exports. The number of vehicles produced during the two month rose to 266,490, up 22 percent from the same period last year, as factories ramped up production of export-focused car models. Car output alone jumped by 46 percent, OSD said.

Total automotive exports in January and February rose to 219,434, up more than 20 percent, while car exports leapt 60 percent, the association said in a release on Sunday. Output last month climbed 15 percent to 138,369, it added.

In January, Turkey's overall exports showed the biggest monthly jump in more than four years with a rise of 15 percent, according to data from exporters association TIM. The rise in the first two months was 11.2 percent.

The export and output surge come after Turkey's economic output declined in the third quarter of 2016 for the first time in seven years, as the once promising emerging market was hit by political uncertainty, security risks and a tumbling currency. Automotive sales to the domestic market fell in the first two months of the year - a seasonally weak period for market. Total vehicle sales in February shrank 11 percent and car sales dropped by 15 percent, OSD said.

The head of another industry association, the Automotive Distributors Association (ODD), earlier this year said Turkey's automotive sales were expected to shrink slightly more than 10 percent in 2017 to around 875,000 vehicles.