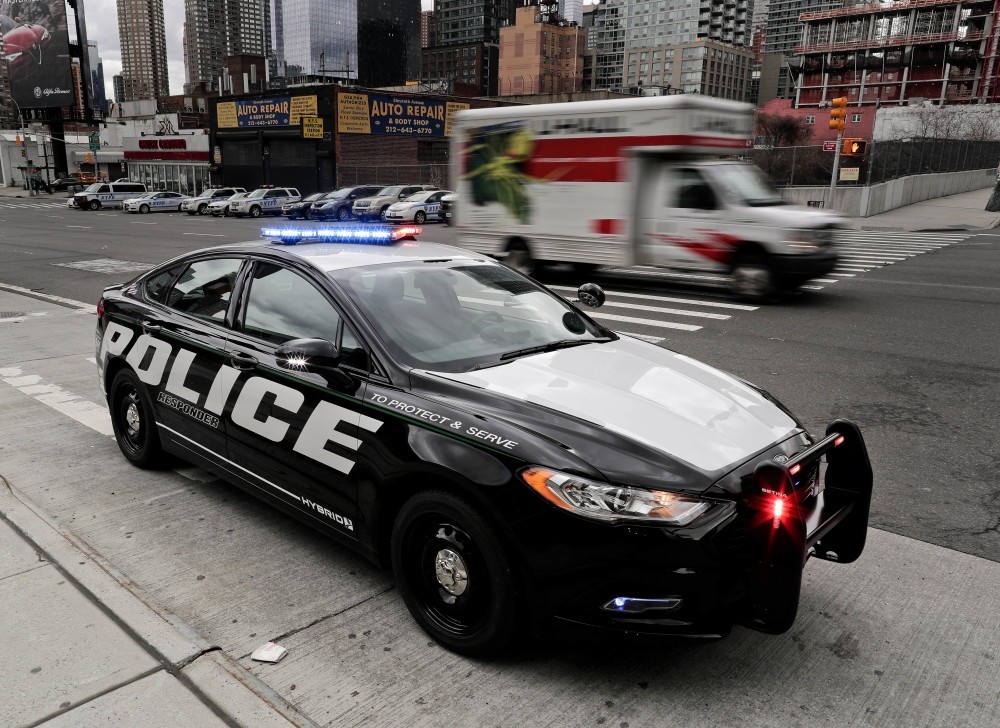 The next time the cops chase you down for speeding, they could be driving a fuel-efficient gas-electric hybrid. Ford Motor Co., which sells more police cars in the U.S. than any other automaker, says it will offer a police pursuit version of the hybrid Fusion midsize sedan, in response to requests from cities nationwide. The new car, with its 2-Liter four-cylinder engine and 1.4 kilowatt lithium-ion battery, is expected to get 38 miles per gallon of gas in combined city-highway driving.

That's 20 mpg more than Ford's current police car, the Taurus police interceptor. The hybrids won't be as fast as the Taurus with a 3.7-Liter turbocharged V6, but Ford expects it to be quick enough to earn a pursuit rating when tested later this year by the Michigan State Police and Los Angeles County Sheriff's Department, the first hybrid to earn that honor. To get a pursuit rating, cars have to perform well in acceleration, handling, braking, top speed and ergonomics and make the list of cars that the Michigan and Los Angeles agencies would buy. When the throttle is held down for five seconds, the car will go into pursuit mode, using both the electric motor and the gas engine for maximum performance, Ford said. The company also says the car will be durable for tough police duties.

Police cars spend much of their days idling by the side of a road, and that's where the hybrid has a true advantage, Ford said. The gas engine will shut off at idle with the battery handling the electrical load for flashers, radios and other items. It will restart to recharge the battery.

Ford said at $2.50 per gallon for gas, the hybrid would save a police department $3,877 per year in fuel costs per vehicle. The price of the hybrid, available in the fall of 2018, isn't being released just yet. Ford unveiled the police car yesterday with press conferences in New York and Los Angeles. One already has been outfitted to look like a Los Angeles police cruiser. While big-city departments might be most interested in the fuel savings, the cars might also be appealing to small departments.