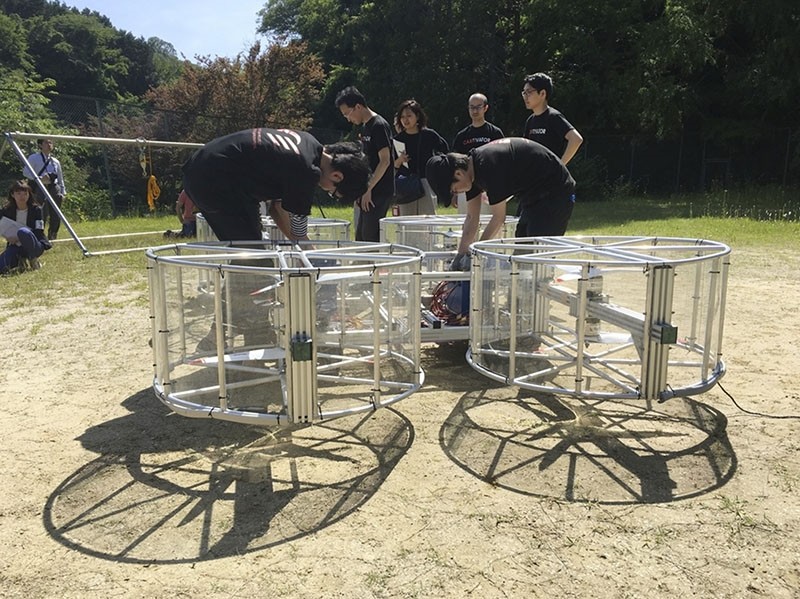 Cartivator members prepare for a test flight of their flying car model on a former school ground in Toyota, central Japan. (AP Photo)
by Associated Press Jun 03, 2017 12:00 am

Toyota Motor Corp. is working on a "flying car." Cartivator Resource Management, in which Toyota invested 42.5 million yen ($386,000), showed to reporters Saturday a test flight of a concoction of aluminum framing and propellers.

It took off several times, hovering at eye level for a few seconds, before falling to the ground. Basketballs attached to its bottom served as cushioning.

According to project leader Tsubasa Nakamura, Cartivator's goal is to deliver seamless transition from driving to flight so a tiny car can fly and light the Olympic torch in the 2020 games in Tokyo.

He says an unmanned model was planned for 2019. Toyota, which has long been investing in businesses other than cars, such as robots, internet services and housing, also recently unveiled a Lexus brand luxury boat.