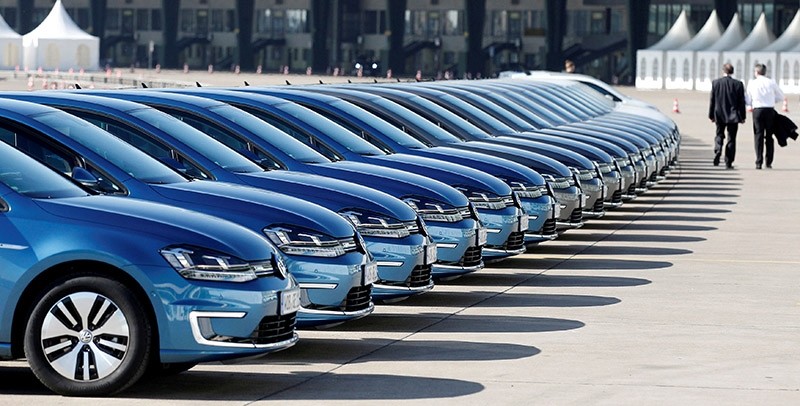 On a yearly basis, the market expanded by 2.1 per cent, with the best results registered in Italy (up 12.9 per cent) and Spain (up 6.5 per cent), while Germany and Britain bucked the trend, with sales slipping by 3.5 per cent and 4.8 per cent respectively.

From January to June, more than 8.2 million cars were sold, up 4.7 per cent on the first half of 2016. Italy and Spain were again the best performers among major EU markets, with year-on-year increases of 8.9 per cent and 7.1 per cent, ACEA said.

Germany's Volkswagen Group remained the EU market leader in the semester, with a 23.3-per-cent share of sales. Renault earned second place with 10.5 per cent, pipping fellow French firm PSA, which makes Peugeot and Citroen cars, at 10.2 per cent.

Fiat-Chrysler was the fourth-largest seller, with a 7.3-per-cent share, followed by Ford at 7 per cent, BMW-Mini at 6.4 per cent, Opel-Vauxhall at 6.3 per cent and Daimler - which sells Mercedes and Smart cars - with 6.1 per cent.

New car sales are a closely-watched indicator of economic health. In the EU, they fell sharply following the 2008 global financial crash but have been rising steadily since September 2013, aside from a few blips in the last 12 months.