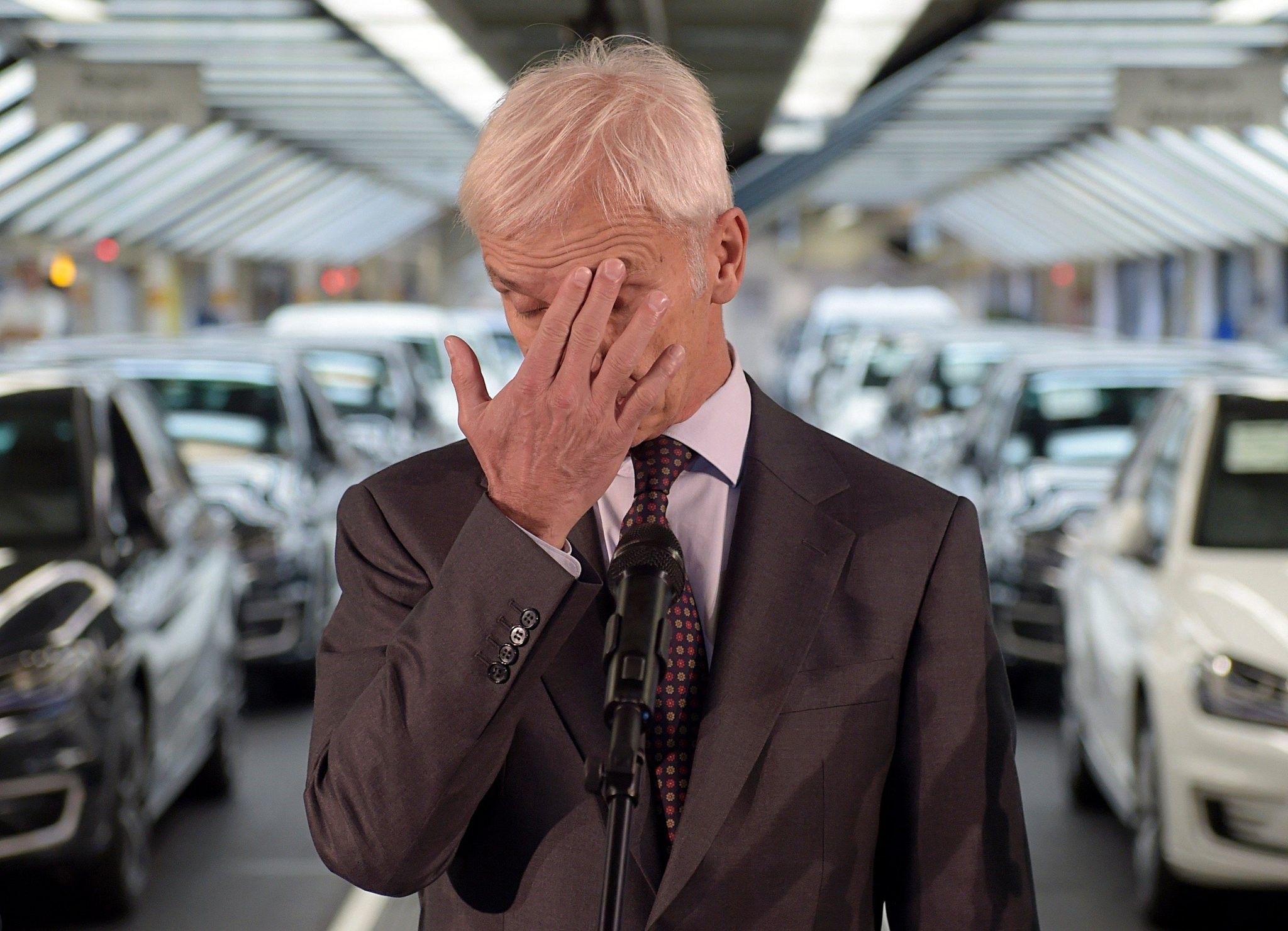 Matthias Mueller, CEO of German car maker Volkswagen, gestures while addressing journalists after visiting an assembly line of the VW plant in Wolfsburg, central Germany, on Oct. 21, 2015.
by Jul 24, 2017 12:00 am

German carmakers Volkswagen, Audi, Porsche, BMW and Daimler secretly worked together from the 1990s onwards on issues including polluting emissions from diesel vehicles, news magazine Der Spiegel reported. Volkswagen, facing tens of billions of dollars in compensation and fines after admitting to manipulating diesel emissions in 2015, reported the cartel to German competition authorities in a letter seen by the weekly, as did Mercedes-Benz maker Daimler.

"The German car industry agreed in secret working groups about technology in their vehicles, costs, suppliers, markets, strategies and even about the emissions treatment of their diesel vehicles," the magazine reported.

Such cooperation between all of the country's large car manufacturers could have included "behaviour infringing antitrust law," according to the Volkswagen letter. A spokesman for Volkswagen - which owns Audi and Porsche - told AFP Friday that the group would not comment on "speculation and conjecture."

More than 200 employees of the carmakers formed 60 working groups covering "all areas of car development, petrol and diesel engines, brakes, transmissions and gearboxes... as well as choice of suppliers and prices for parts," an excerpt of the report read. Since 2006, there had also been "innumerable meetings" about diesel exhaust processing designed to reduce emissions of harmful nitrogen oxides (NOx). Carmakers agreed to install only small tanks of a treatment solution, AdBlue, used to convert the gases into harmless water and nitrogen, as larger tanks would have been more expensive. The size of the AdBlue tanks agreed on was too small to clean exhaust gases by the agreed amount - "laying the foundations for the diesel scandal," Spiegel reported. Volkswagen admitted in September 2015 to installing software in 11 million cars worldwide that reduced NOx emissions when it detected cars were undergoing regulatory tests. In real on-road driving, levels of the harmful gases could be many times higher.

More recently, authorities' suspicion fell on Mercedes-Benz and Smart maker Daimler, with investigators raiding sites belonging to the group in late May. The Stuttgart-based firm recalled some three million cars earlier this week for a software update designed to reduce emissions.

Meanwhile, VW subsidiary Audi on Friday recalled up to 850,000 Volkswagen, Audi and Porsche cars fitted with its diesel engines for a similar software update.