Automakers in Germany to give 5 million diesel cars new software 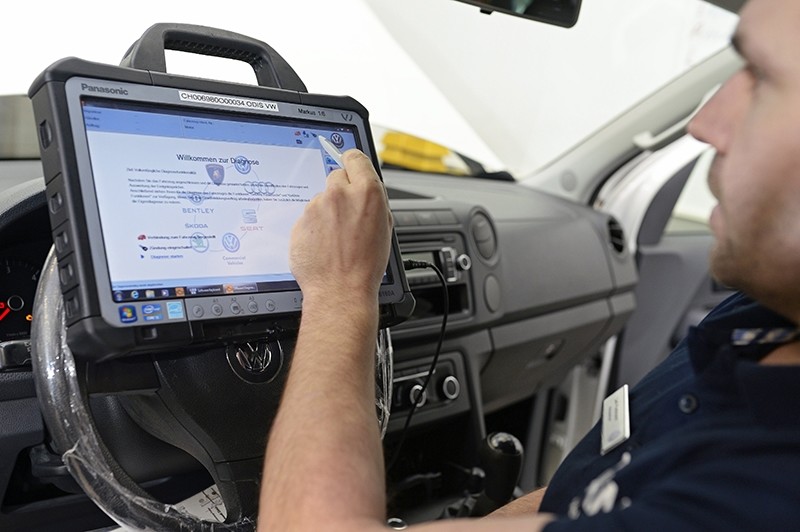 German automakers are offering to fit over 5 million diesel cars in the country with updated software to reduce nitrogen oxide emissions, an industry group said Wednesday after meeting ministers and state governors.

The figure given by the VDA group applies to most diesel cars of types made since 2009, and the aim is to reduce emissions by 25-30 percent. It includes 2.5 million that are already being refitted by Volkswagen, which has been under intense scrutiny since admitting nearly two years ago that it equipped vehicles with software that manipulated emissions levels.

Wednesday's meeting came as officials and automakers face the threat of possible bans on driving older diesel cars in some cities and broader questions over whether diesel as a technology has a future.

The VDA said that the automakers will individually consider "sales measures" to encourage "fleet renewal with a view to older diesels."

BMW said it would give owners of older diesels registered before 2009 an "environment bonus" of up to 2,000 euros ($2,360) if they trade their older car in for a new electric or hybrid model, or for a lower-emissions internal combustion car meeting current standards.

Industry critics and some officials had called ahead of Wednesday's meeting for wider-ranging refits going beyond software updates.

The VDA didn't mention any such measures but said BMW, Daimler and Volkswagen are prepared to pay into a government fund to promote "sustainable mobility" for cities.

Automakers have been under additional pressure in recent weeks following a report that the biggest companies colluded for years over diesel technology and other issues.

Two months before a general election, both parties in Chancellor Angela Merkel's right-left grand ruling coalition are in no mood to mollycoddle an industry that is fast losing popularity.

Transport Minister Alexander Dobrindt, a member of Merkel's Bavarian allies CSU, said on Wednesday that "the automobile industry has steered itself onto difficult terrain".

"I find it dreadful that the 'Cars made in Germany' brand has been dragged into such a situation," he added in an interview with the Passauer Neue Presse.

He added that he expected to hear during the summit "an acceptable offer from the automobile industry" to fix the situation.

Merkel was more nuanced, as she noted the huge number of jobs at stake.

"The car industry is of strategic importance ... it must be strong and innovative but also honest. So it's about criticizing what needs to be criticized, but to do so while bearing in mind that it's a strategically important industry in Germany," said her spokeswoman Ulrike Demmer on Monday.