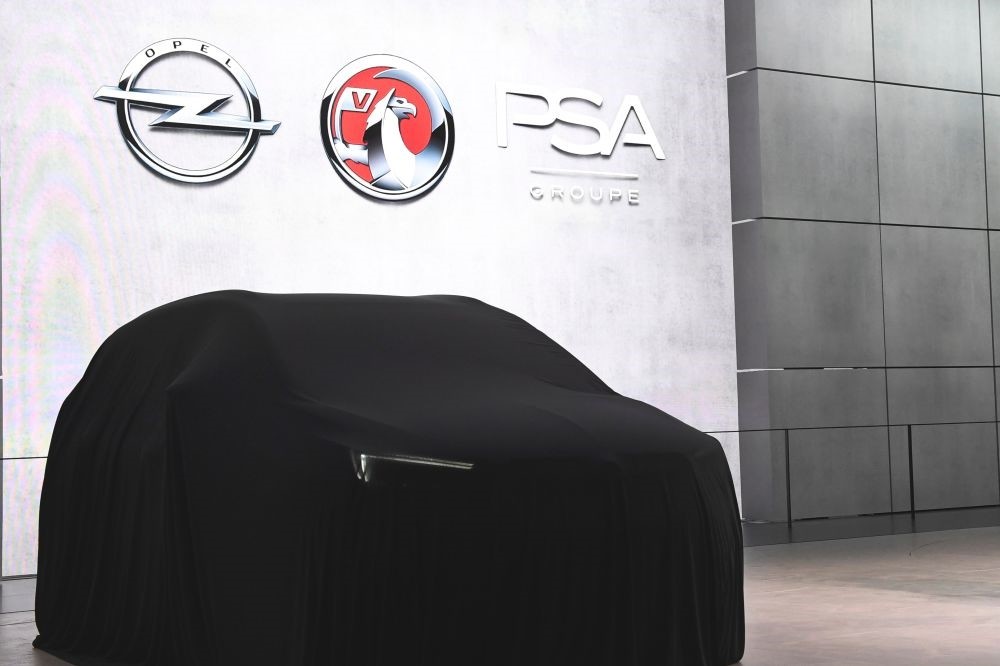 Opel, Vauxhall and PSA signs above a covered car during the first press day of the the Geneva International Motor Show in Geneva.
by Aug 02, 2017 12:00 am

French automaker PSA said yesterday it had completed, ahead of schedule, the takeover of rival brands Opel and Vauxhall which makes the group Europe's second-biggest carmaker after Volkswagen. PSA - which owns the Peugeot, Citroen and DS brands - agreed in early March to pay some 1.3 billion euros for Opel, a storied German firm owned by U.S. auto giant General Motors for decades, as well its British subsidiary Vauxhall. Initially, the deal was to close by the end of the year.

"Groupe PSA today announces the closing of the acquisition of GM subsidiaries Opel and Vauxhall," it said in a statement.

Opel and Vauxhall now have 100 days to draw up a strategic plan that builds on expected synergies of around 1.7 billion euros per year for the new group, PSA said. Despite remaining a familiar sight on German roads Opel, the carmaker with the lightning logo, and its British sibling Vauxhall have not booked a profit since 1999.

Based in Ruesselsheim outside Frankfurt, the company was Germany's largest carmaker for decades before losing the crown to Volkswagen. Last month, the EU approved the merger, saying the combined market shares of the two companies were relatively small in all the bloc's national markets, only exceeding 40 percent in Estonia and Portugal. Opel and Vauxhall employ some 35,600 workers between them at 10 factories across Europe, around half of them at three plants in Germany. Experts agree that Opel has not matched the success of other manufacturers like Ford or PSA in reducing overcapacity.