Fed's Beige Book concerned about health of US auto industry 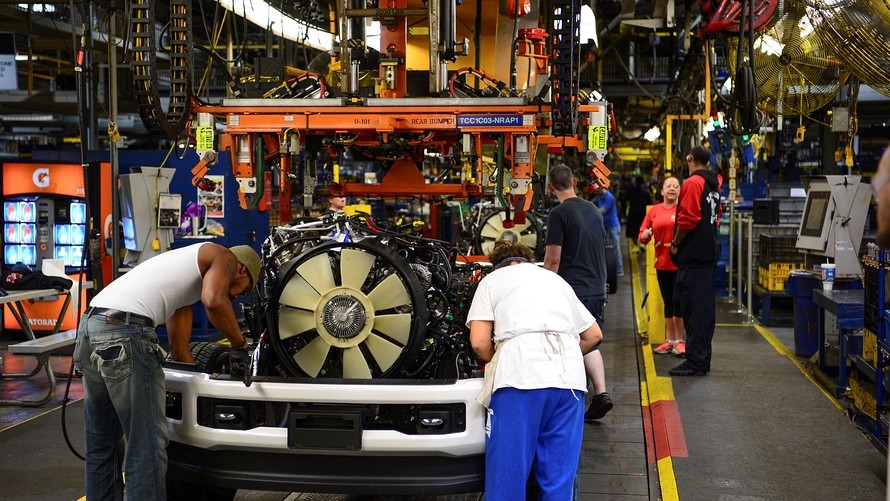 The Federal Reserve's "Beige Book," also known as the Summary of Commentary on Current Economic Conditions, expressed concern about a prolonged slowdown in the U.S. auto industry, the Market Watch reported Wednesday.

The report, published ahead of Fed's interest rate decisions, noted that business contacts throughout the U.S. were concerned amid mixed reports on the auto industry.

For instance, year-to-date production at auto plants in Cleveland dropped by over 16 percent, while in Chicago, a source noted that auto suppliers are not searching for space to build new factories.

Business contacts across the country expressed concerns about a prolonged slowdown in the auto industry, Wednesday's Fed report showed.

Automakers have seen moribund sales so far this year after a record 2016, except for trucks and SUVs.

Growth on jobs markets continued but appeared to slow in most districts.

"There were reports of worker shortages in numerous industries, most notably in manufacturing and construction," the report said.

The Federal Reserve's so-called Beige Book, a collection of anecdotes about the economy gathered before the central bank makes interest-rate decisions, said reports were mixed about auto production.

Meanwhile, a periodic Fed survey on economic conditions said that it was still too soon to measure the full extent of the impact caused by Hurricane Harvey, which caused "broad disruptions" to economic activity in the U.S. Gulf Coast region, causing gasoline shortages and spiking freight costs.

Harvey left a fifth of oil and gas production in the Gulf of Mexico temporarily offline and shuttered 15 refineries, according to the "beige book" survey, which gathers reports from local business contacts near the 12 regional central banks nationwide.

Current damage estimates for the monster storm, which made landfall in Texas August 26, vary from around $50 billion to well in excess of $100 billion.

But analysts say it could be a year before more precise costs and losses are known and Wednesday's Fed report noted it was "too soon to gauge the full extent of the impact."