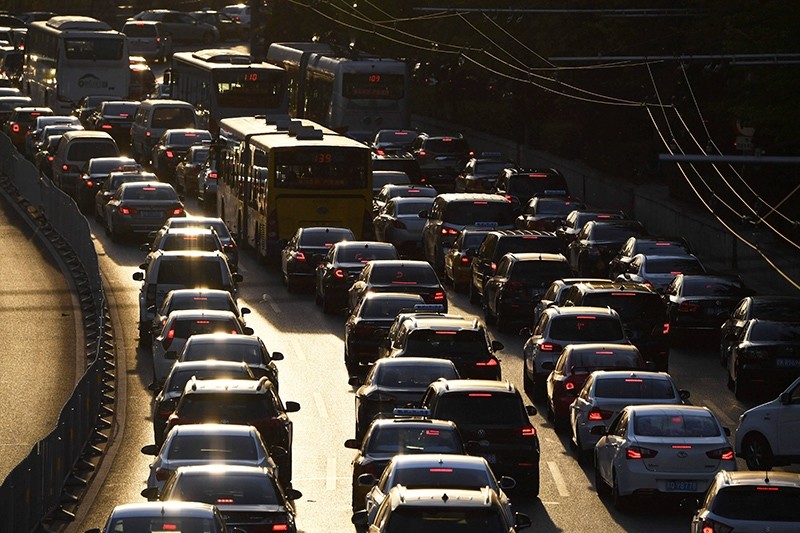 China is gearing up to ban petrol and diesel cars, a move that would boost electric vehicles and shake up the auto industry in the world's biggest but pollution-plagued market.

The plan would follow decisions by France and Britain to outlaw the sale of such cars and vans from 2040 to clamp down on harmful emissions.

While the government did not give a date for the ban, the announcement drove up the shares of Chinese automakers, with domestic electric car leader BYD soaring by as much as 7.39 percent.

Xin Guobin, vice minister of industry and information technology, told a weekend forum in the northern city of Tianjin that his ministry has started "relevant research" and is working on a timetable for China.

"These measures will promote profound changes in the environment and give momentum to China's auto industry development," Xin said in remarks broadcast by CCTV state television.

"Enterprises should strive to improve the level of energy-saving for traditional cars, and vigorously develop new-energy vehicles according to assessment requirements," he said.

While Xin did not give a deadline, the head of the National Passenger Car Association, a Chinese auto industry group, said it would be "a long process".

"It will be hard to stop producing traditional fuel-powered vehicles for the next decade or two decades," the association's secretary general, Cui Dongshu, told AFP.

"We may make significant headway in passenger cars in 2040 or even earlier, but for other products like the heavy-duty trucks it would be difficult."

Automakers "have not really tried hard in this sector" and consumers are not so familiar with new-energy vehicles, Cui said, though he predicted that the "impact will be big" when China decides to ban petrol vehicles.

China produced and sold more than 28 million vehicles last year, according to the International Organization of Motor Vehicle Manufacturers.

The sale of new-energy vehicles topped 500,000 in the world's second largest economy in 2016, over 50 percent more than the previous year, according to national industry figures.

The government in June introduced draft regulations compelling automakers to produce more electrically-powered vehicles by 2020 through a complex quota system.

Xin said the policy would be implemented "in the near future", according to the official Xinhua news agency.

As the measure looms, foreign automakers have announced plans to boost the production of electric cars in China.

Volvo will introduce its first 100-percent electric car in China in 2019, while Ford will market its first hybrid vehicle in early 2018. It envisages that 70 percent of all Ford cars available in China will have electric options by 2025.

Market leader Volkswagen sold four million cars in China in 2016 but only a few hundred were "green".

The German manufacturer plans to begin making an electric car in China next year, in a joint venture with Chinese group JAC. Jochem Heizmann, CEO of Volkswagen China, said in April that VW expects to sell around 400,000 new-energy vehicles in China in 2020.

French carmaker Renault, which started producing cars in China last year, will roll out two new-energy vehicles in the country -- a sedan and small SUV -- in 2018 and 2019, said Florence de Golfiem, its communications vice president for China.

Renault entered the Chinese market knowing that it was moving towards electric cars, she said, so the company has been co-developing such vehicles through a joint venture from the beginning.

"We already have a very advanced technology," she told AFP. "We do co-development in China with Chinese standards and batteries, adapted to Chinese electric (car) norms."