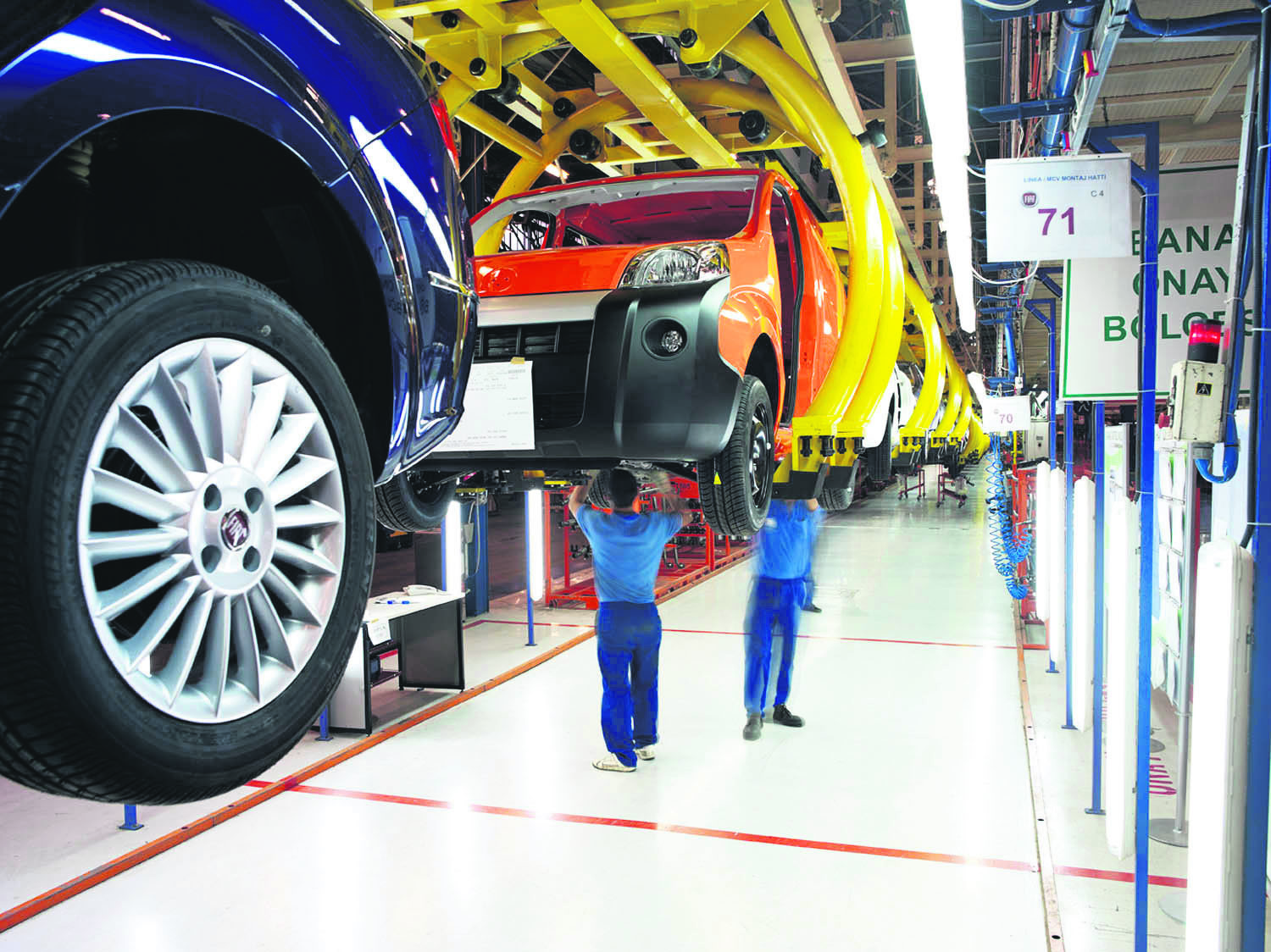 The automotive sector is poised to declare its leading position in Turkish exports for the 12th time in a row as the industry breakes an all-time record before the year ends.
by Daily Sabah Dec 04, 2017 12:00 am

The champion of Turkish exports for 12 consecutive years, the domestic automotive industry broke a new record, reaching $26 billion in exports during the January-November period and outperforming $24.7 billion in 2008

The automotive industry, which has been the leader of the Turkish economy for 11 years in a row, has achieved an all-time high record one month before the end of the year. Uludağ Automotive Industry Exporters Association (OİB) Chairman Orhan Sabuncu said the automotive industry broke a new export record with $26 billion in the first 11 months of the year, surpassing its record of $24.7 billion achieved in 2008. The sector's exports grew by 21 percent compared to last year, and is poised to be the export champion for the 12th time in a row. According to OİB data, the automotive industry's exports amounted to $2.6 billion in November, up 17 percent from the same period last year.

November automotive exports securing $2.6 billion is the sector's second highest monthly figure in its history, following $2.7 billion in exports last March. The industry carried out exports of more than $2 billion on a monthly basis, with the exception of August 2017, and achieved a monthly average export figure of $2.4 billion. The sector constituted 19.4 percent of Turkey's overall exports in November.

According to Sabuncu, export growth in all primary commodity groups took place in double digits in private cars, sub-industry and motor vehicles for goods transport in November. Exports to Germany, which remains the largest market for the industry, soared by 3 percent and to the U.S. by 145 percent. The export of private cars and the export of sub-industry products by 100 percent and 39 percent respectively had an impact on the increase in exports to the U.S.

The Turkish automotive industry's private car exports soared by 13 percent to $1.077 billion among other commodity groups in November, while the automotive sub-industry exports surged by 22 percent to $905 million. Also, the exports of motor vehicles for goods transport reached $471 million, with a 21 percent increase and the exports of buses, minibuses and midibuses increased by 3 percent to $136 million in the same month.

Exports to Germany, the largest market for the automotive sub-industry, increased by 19 percent. As far as other key markets go, exports to Italy rose by 16 percent, to Romania by 41 percent, to the U.S. by 39 percent, to Belgium by 23 percent and to Russia by 67 percent.

Germany, which is the largest market on a country basis, took the first place in exports in November. Automotive exports to Germany rose 3 percent to $376 million. Exports to Italy, the second biggest market, stood at $ 283 million, while exports to France increased by 6 percent to $263 million.

Meanwhile, exports to Belgium, Poland, the Netherlands and Romania grew by 51 percent, 27 percent and 31 percent, respectively, while exports to Portugal decreased by 25 percent.