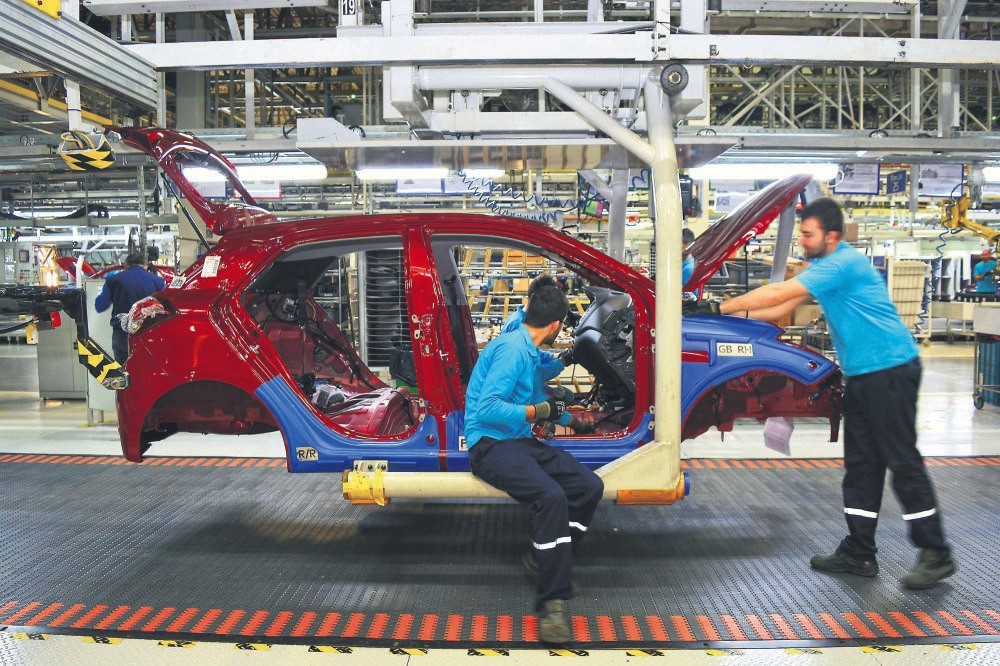 The Turkish automotive industry, which exports 79 percent of its production, started December by breaking historic records for exports and production. Total automobile production by the automotive industry in the January-November period of 2017 increased by 16 percent to 1.5 million compared to the same period of the previous year, while automobile production reached 1 million units with a serious increase of 24 percent. The OSD announced the production, export and market data for the January-November period this year.

According to these figures, entering December with record figures, the Turkish automotive industry exceeded the 1 million mark in the first 11 months in automobile production for the first time in its history, while total automotive production and exports surpassed the figures of 2016 before the end of the year and broke the all-time record.

Because of the base effect, production declined by 31 percent in the heavy commercial vehicle group compared to January-November 2015 as a result of a 45 percent shrinkage experienced in the market over the last two years.

Sector officials predict a slight decline in the total market, which is expected to be completed at 950,000-975,000 levels this year, due to exchange rates in 2018. Toyota Turkey Marketing and Sales Inc. CEO Ali Haydar Bozkurt told Turkish daily Habertürk that the total market, which follows the same course as the previous year, is expected to close the year at around 950,000, taking into account data in the first 11 months of 2017.

Bozkurt said the market might shrink by 15 percent in 2018. "The first six months of 2018 will be interesting. The second half of the year is difficult to predict. Global conjuncture, parity and interest rates will be decisive. If exchange rates keep their current levels, sales will fall by 15 percent next year," he said.

Hyundai Assan General Manager Önder Göker, on the other hand, said the upward volatility in the exchange rate will be felt in 2018. "The fleet and rental sector may cover losses in individual sales to some extent," Göker added, noting that they predict a loss of 5 to 10 percent compared to 2017, while sales are expected to fall to around 900,000 units.