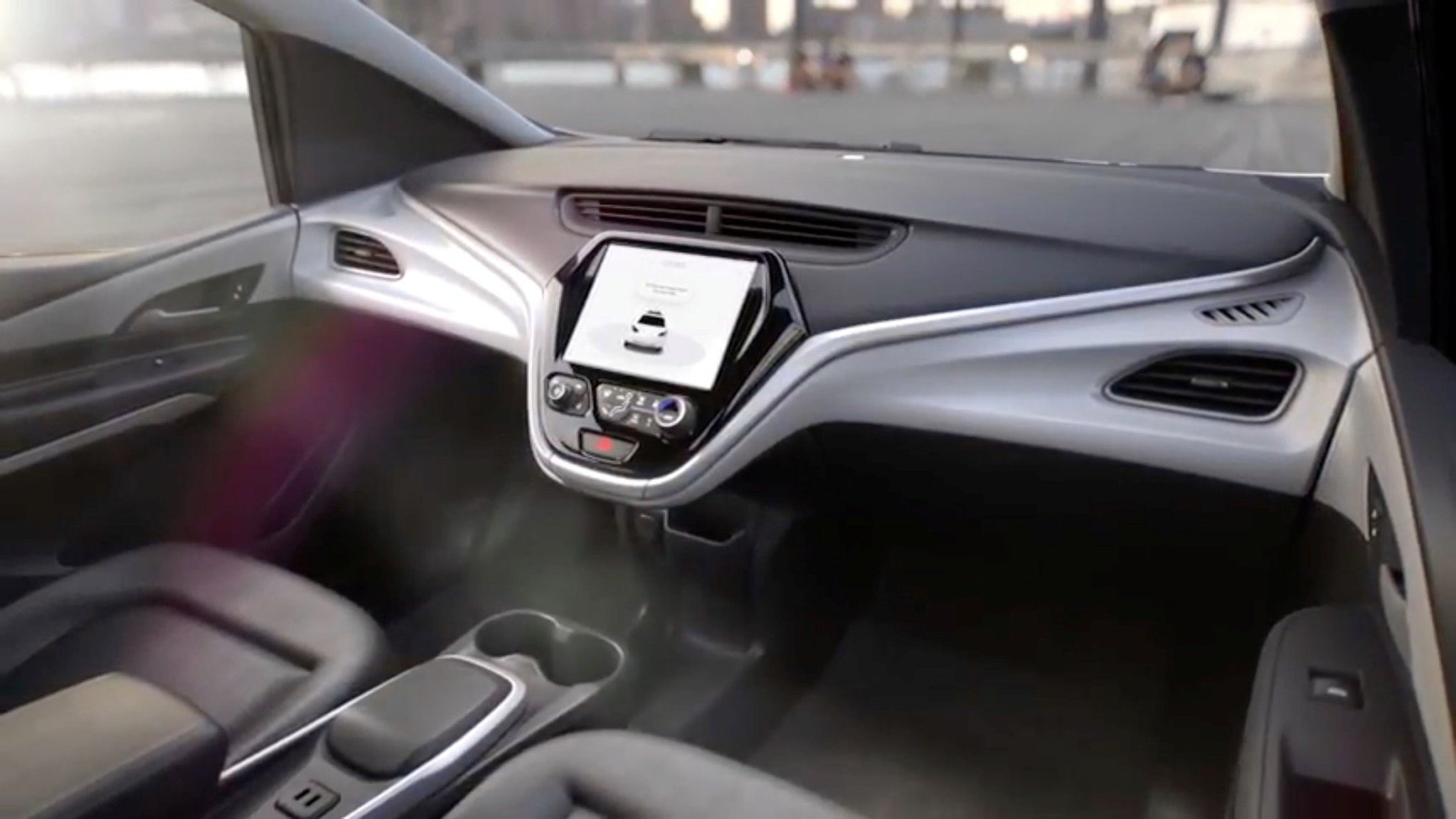 General Motors Co is seeking U.S. government approval for a fully autonomous car - one without a steering wheel, brake pedal or accelerator pedal - to enter the automaker's first commercial ride-sharing fleet in 2019, executives said. For passengers who cannot open doors, the Cruise AV - a rebranded version of GM's Chevrolet Bolt EV - has even been designed to perform that task.

It will have other accommodations for hearing and visually impaired customers. This will be one of the first self-driving vehicles in commercial passenger service and among the first to do away with manual controls for steering, brakes and throttle. What is the driver's seat in the Bolt EV will become the front left passenger seat in the Cruise AV, GM said. Company President Dan Ammann told reporters GM had filed on Thursday for government approval to deploy the "first production-ready vehicle designed from the start without a steering wheel, pedals or other unnecessary manual controls."

GM executives said the automaker has asked the National Highway Traffic Safety Administration to allow 16 alterations to existing vehicle safety rules - such as having an airbag in what would normally be the driver's seat, but without a steering wheel - to enable the deployment of the Cruise AV. The automaker would then need to obtain similar approval from individual U.S. states.

GM executives said seven U.S. states already allow the alterations sought by the automaker. In other states - including those that stipulate a car must have a licensed human driver - GM will work with regulators to change or get a waiver from existing rules. GM wants to control its own self-driving fleet partly because of the tremendous revenue potential it sees in selling related services, from e-commerce to infotainment, to consumers riding in those vehicles. GM's Cruise AV is equipped with the automaker's fourth-generation self-driving software and hardware, including 21 radars, 16 cameras and five lidars - sensing devices that use laser light to help autonomous cars "see" nearby objects and obstacles. The Cruise AV will be able to operate in hands-free mode only in premapped urban areas.