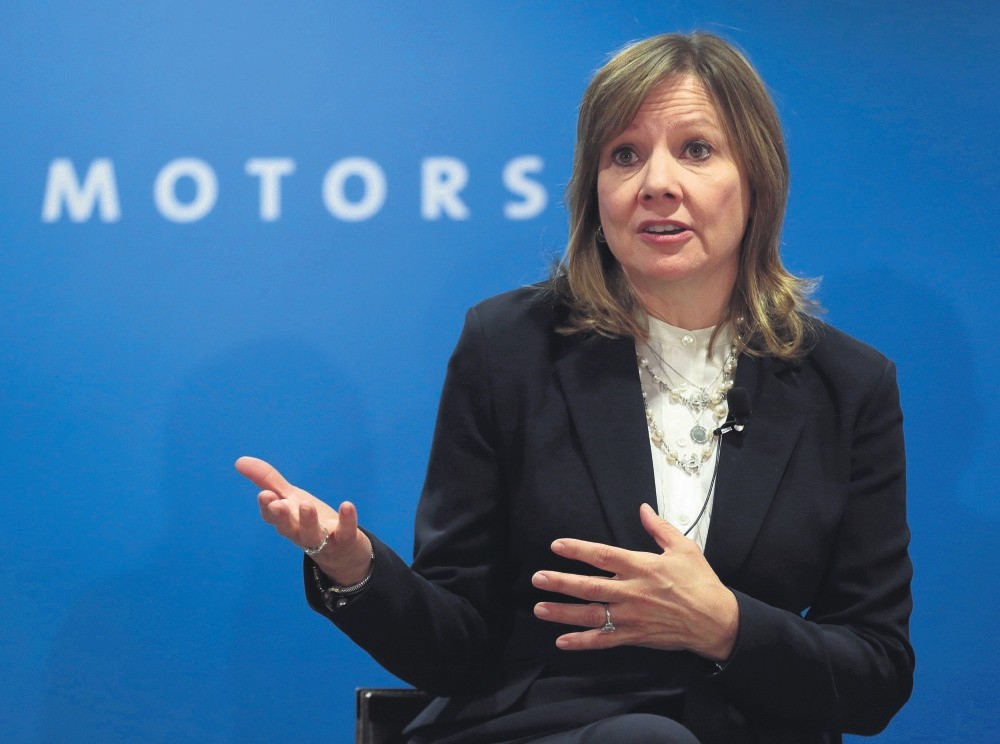 The auto industry is famously male dominated, forcing women in the field to fight sexism, discrimination and unequal pay - though woman car experts say having Mary Barra at the helm of General Motors is a "very significant" development. In the midst of the #MeToo movement against sexual misconduct, industry experts Maryann Keller, Michelle Krebs and Rebecca Lindland say they have never faced harassment comparable to that described by the accusers of, for example, film producer Harvey Weinstein. But speaking to AFP on the sidelines of the Detroit Auto Show, one thing was clear: as women, they felt unwelcome in the "old boys' club" of the automobile world.

All working as industry analysts - with expertise in a world which seems incomprehensible to many - Keller, Krebs and Lindland are regularly consulted on the battle between U.S. and Japanese manufacturers, the ambitions of Tesla or the arm-wrestling of BMW and Mercedes Benz. But the 62-year-old Krebs, of AutoTrader.com, recalls that when she started, "There was some skepticism that I wouldn't be sticking around." "I don't know if I was taken seriously initially," echoes the 74-year-old Keller, who was a financial analyst on male-heavy Wall Street before she became an automobile expert, eventually opening her own consultancy. She remembers "silly events" and "inappropriate remarks" from salesmen, but declined to go into further detail. Krebs and Lindland, meanwhile, explained some of the discrimination they faced.

"I had to make sure that I knew everything because they doubted that a woman would know everything," said Lindland, who is in her 40s.

"There were a lot of male bondings that I was excluded from," added Krebs, referencing the golf, fishing and car racing outings enjoyed by her colleagues.

"In the very early days... when you go on car drives you usually partner up," she said. "Nobody would ride with me."

Meanwhile, troubling allegations have surfaced about mistreatment of women workers at two Ford Motor Company factories in Chicago. Last month, Ford's CEO apologized to employees at the plants after a scathing expose detailed decades of sexual harassment and abuse. In recent years, auto groups have made efforts to hire more women - but the majority of employees are still men.