Back to Earth: Tesla's losses grow with Model 3 delays 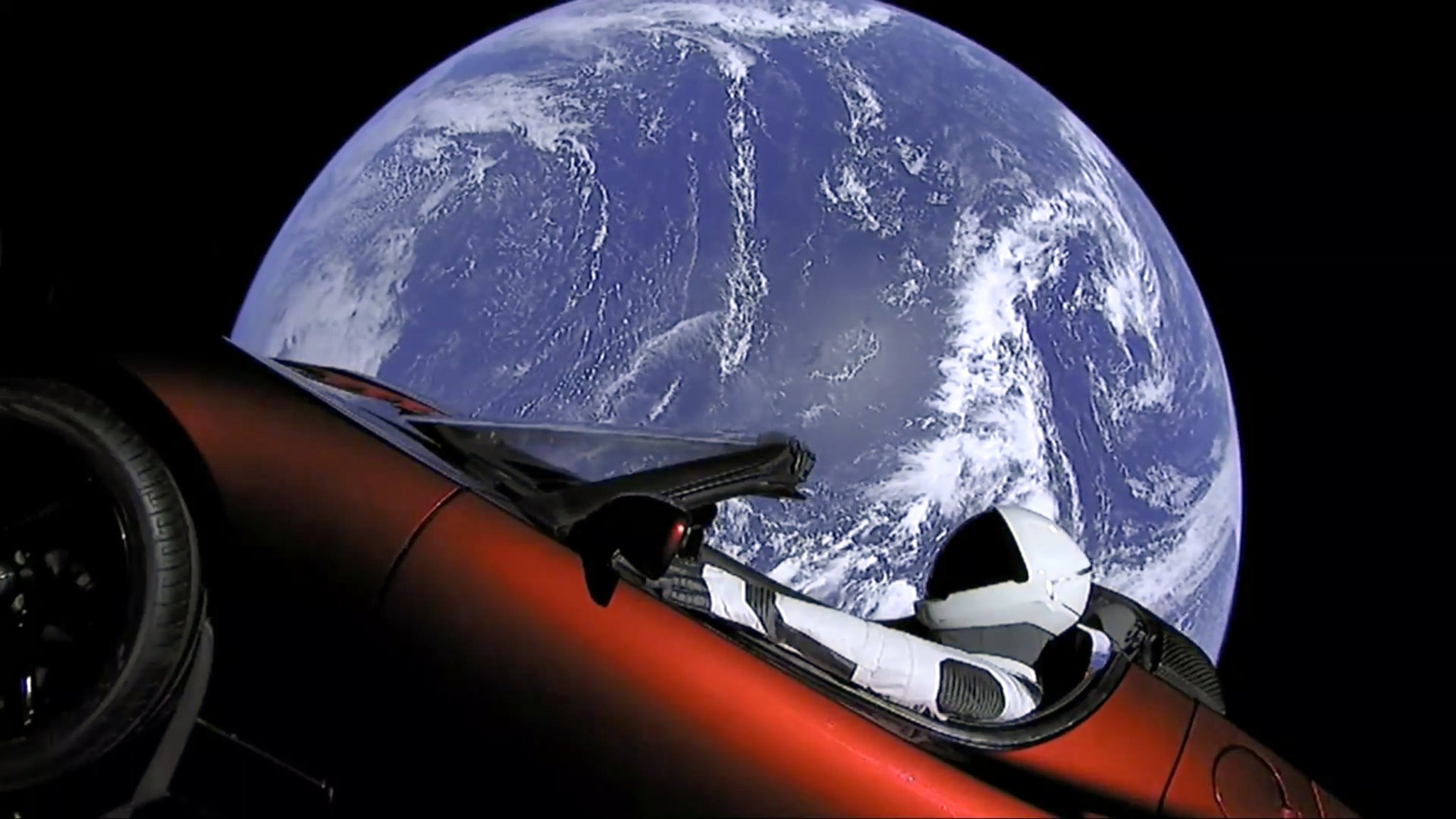 An image from video provided by SpaceX shows the companyu2019s spacesuit in Elon Musku2019s red Tesla sports car, which was launched into space during the first test flight of its Falcon Heavy rocket on Tuesday.
by Associated Press Feb 09, 2018 12:00 am

The day after Tesla and SpaceX CEO Elon Musk blasted his Tesla Roadster into space, his electric car company's mounting losses brought him back to Earth again. Tesla Inc. posted a record quarterly net loss of $675 million in the fourth quarter, up from a net loss of $121 million in the same period a year ago. The Palo Alto, California-based automaker is struggling to meet production targets for its first mass-market car, the Model 3 sedan. It's also spending heavily on future vehicles, including a semi that's supposed to go into production next year. Tesla lost $1.96 billion for the full year, a record for the company and nearly three times its loss of $675 million in 2016.

Tesla has never made a full-year profit since it went public in 2010. Tesla's adjusted fourth-quarter loss of $3.04 per share was ahead of Wall Street's estimated loss of $3.15 per share, according to analysts polled by FactSet. The adjusted loss eliminates one-time expenses, including stock-based compensation. Revenue for the quarter was $3.3 billion, which was in line with analysts' forecasts. Tesla's total revenue for 2017 was $11.8 billion, which was also in line with analysts' forecasts. Musk is a masterful marketer, and the red ink may not stem investors' excitement.

The company's shares jumped 3 percent to close at $345 after SpaceX successfully launched its Falcon Heavy rocket on Tuesday with Musk's cherry red Roadster as its cargo. The convertible, with a dummy in a space suit at its wheel, is now heading toward an asteroid belt between Mars and Jupiter. Tesla's shares are also in the stratosphere, up 8 percent from the start of this year. While Tesla's true believers love these stunts, some analysts are questioning whether Musk should be spending more time fixing Tesla's woes. Clement Thibault, a senior analyst with the web site Investing.com, grumbled about Musk's recent fundraising efforts for The Boring Co., his new tunnel-drilling company.

"He appears to be more eager to sell hats and flamethrowers rather than meeting previously stated production targets for Tesla vehicles," Thibault wrote in a note to investors.