3 models to be introduced in ‘Made in Turkey' car project 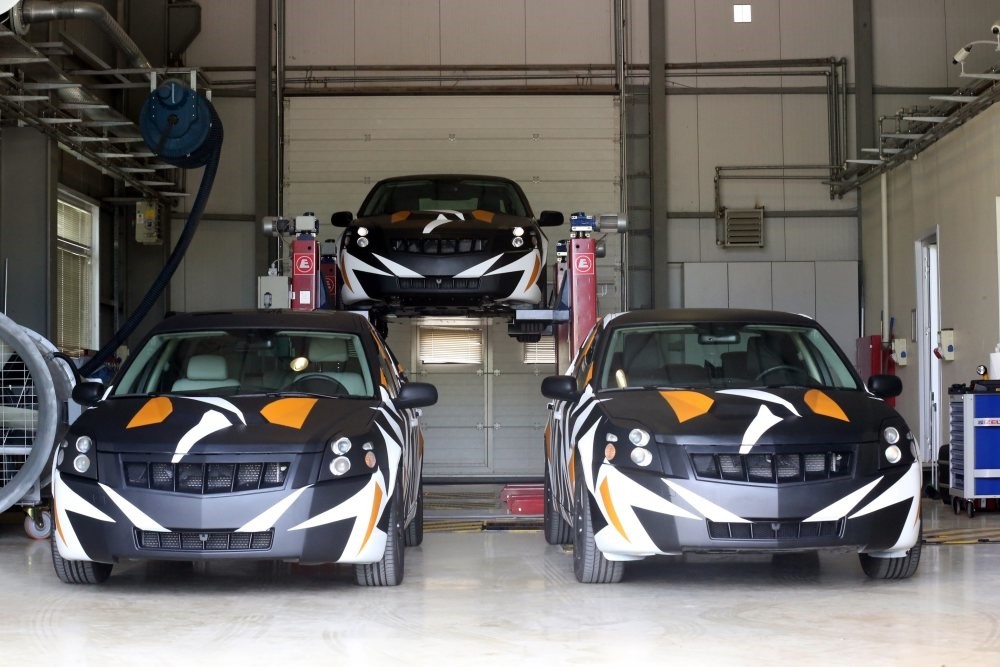 The prototype of Turkey's first domestically produced automobile is expected to be ready in 2019, and transition to serial production is expected by the end of 2021.
by Daily Sabah with Wires Feb 17, 2018 12:00 am

Turkey's Automobile Joint Venture Group, a consortium of the country's largest manufactures and companies that are set to manufacture Turkey's first domestically produced automobile, has shared the latest status of the project and the initial decisions taken in this regard with the public Friday. It was reported that the automobile portfolio will include three electric models to be produced on a single platform.

In a statement released by the Automobile Joint Venture Group, it was reported that within scope of the protocol signed under the auspices of President Recep Tayyip Erdoğan on Nov. 2, 2017, the work carried out in coordination with the Science, Industry and Technology Ministry and Union of Chambers and Commodity Exchanges of Turkey (TOBB) and in partnership with Anadolu Group, BMC, Kıraça, Turkcell and Zorlu continues apace.

The daily management and follow-up of the project operations are carried out in the project office headquarters in Istanbul with a broad team of individuals that have undertaken projects in different countries with the intention to reach a world standard with the project, which is strongly supported by the government.

According to the statement, for this project, which is thought to be a turning point in terms of the Turkish industry and technology, technology and consumer trends are monitored and a comprehensive strategy to provide a completely different position in the sector is aimed to be established while technical and financial analysis studies are also run.

In doing so, it was stressed that designing Turkey's automobile in line with the views and expectations of the local population is the first priority, that a very comprehensive and professional consumer survey is conducted in this context and that the work is tailored according to the local population.

"We are aware that Turkey's automobile project requires long-term investment planning. We are preparing our plans for a three-phase investment move of around 15 years," the statement read, elaborating on the latest status of the project and the initial decisions made in this regard. It was also highlighted in the statement that the automobile portfolio, which will include three electric models to be produced on a single platform in the medium term, is elaborated considering the needs and expectations of local consumers.

"As previously explained, the first model of the domestic brand vehicles that will compete with international makers is planned as a prototype in 2019, and transition to serial production at the end of 2021. Turkey's automobile, which will be initially presented to the Turkish people, will be manufactured and developed to the highest standards, serving as leverage for our industry in terms of our technology," the statement said. "In the second stage, we aim to make electric Turkish vehicles an international brand not only in our country, but also in the world market. We run a comprehensive process to determine the key managers of our company, which we plan to establish in the coming months, while also carrying out all of our planning work."

The statement also said they are pleased and honored to have already received such intense demand for the car, but that there is no pre-ordering at this stage.

It said the decision on the production site will be made following the completion of technical and financial analyses.

The statement also stressed that the reports apart from the announcements released by the Joint Venture Group should not be taken into consideration.

Meanwhile, in early November of last year, the Turkish public saw the launch of a groundbreaking initiative to manufacture Turkey's first domestic automobile. This goal has brought together the country's largest manufacturers and companies in a consortium that includes Kıraça, Anadolu Group, Turkcell, Zorlu and BMC.

Erdoğan said the initiative group of Turkey's automobile will decide on the class, design, engine technology, model, production method and market targets for the car. He said that they could also lean toward producing hybrid and electric cars, indicating that regardless of the decision, they will provide all kinds of support as long as the state is adequately equipped to realize its dream. Erdoğan also said officials expect the prototype to be ready in 2019, and that they expect sales to begin in 2021.