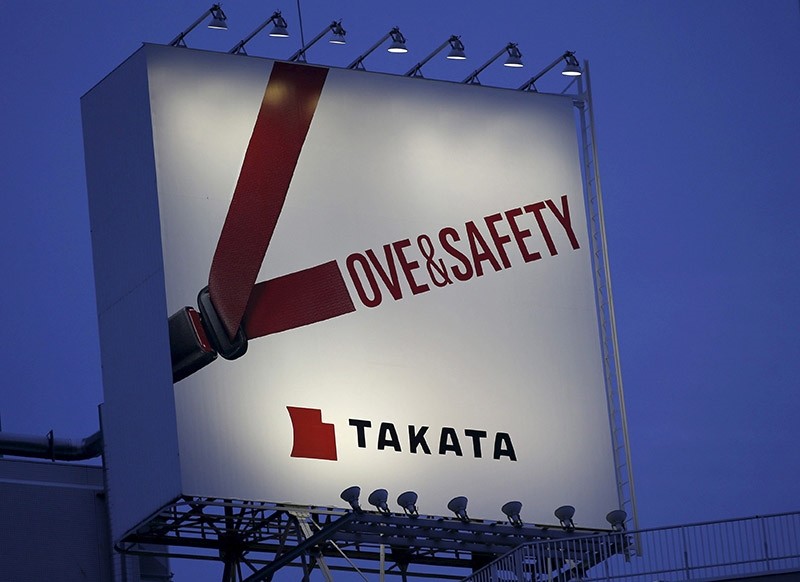 The lawsuits cite company documents obtained through previous legal actions against other automakers over faulty Takata inflators. The plaintiffs allege that automakers were informed of inflator defects during tests but delayed taking action. Allegations against GM are among the most serious. Takata documents showed that GM employees expressed concerns about inflators rupturing as early as 2003.

"These auto manufacturers were well aware of the public safety risks posed by Takata's airbags long ago, and still waited years to disclose them to the public and take action," said Peter Prieto, a lawyer for the owners.

At least 22 deaths and hundreds of injuries worldwide are linked to the Takata inflators that can explode with excessive force, unleashing metal shrapnel inside cars and trucks. The defect led Takata to file for bankruptcy protection in June.

GM spokesman Tom Wilkinson said there were no ruptures of GM inflators at issue. "The lawsuit is baseless and without merit and misstates a host of material facts. We intend to defend it vigorously," he said.

Fiat Chrysler and Volkswagen declined to comment. Daimler said in a statement it regarded "the accusations as unfounded."

Takata uses the chemical ammonium nitrate to create small explosions to inflate air bags. But the chemical can deteriorate when exposed to high temperatures and airborne moisture. That causes it to explode with too much force, blowing apart a metal canister and hurling shrapnel.

The problem touched off the largest series of automotive recalls in U.S. history, with 19 automakers having to recall up to 69 million inflators in 42 million vehicles. The problem brought a criminal conviction and fine against Takata and forced the Japanese company into bankruptcy protection.

The lawsuits, which consolidate individual claims that were filed previously, allege that owners paid higher prices for their vehicles than they would have if the defect had been disclosed.

They allege that manufacturers picked Takata to supply inflators because the cost was less than other air bag makers who used different, less volatile chemicals as propellants.

Takata said in June it had recalled, or expected to recall, inflators in about 125 million vehicles worldwide by 2019.

Other automakers have settled economic loss cases that are part of the same legal battle in Florida, worth more than $1.2 billion in total. In September, Honda Motor Co agreed to a $605 million settlement.

The settlements covered several forms of economic damages linked to the inflators, including claims that vehicles were inaccurately represented to be safe, and that buyers had overpaid for cars with defective or substandard air bags.

In 2017, Takata pleaded guilty to criminal wrongdoing and paid nearly $1 billion to resolve a U.S. federal investigation into its inflators.

A U.S. Senate panel will hold a hearing next Tuesday on the Takata recalls.