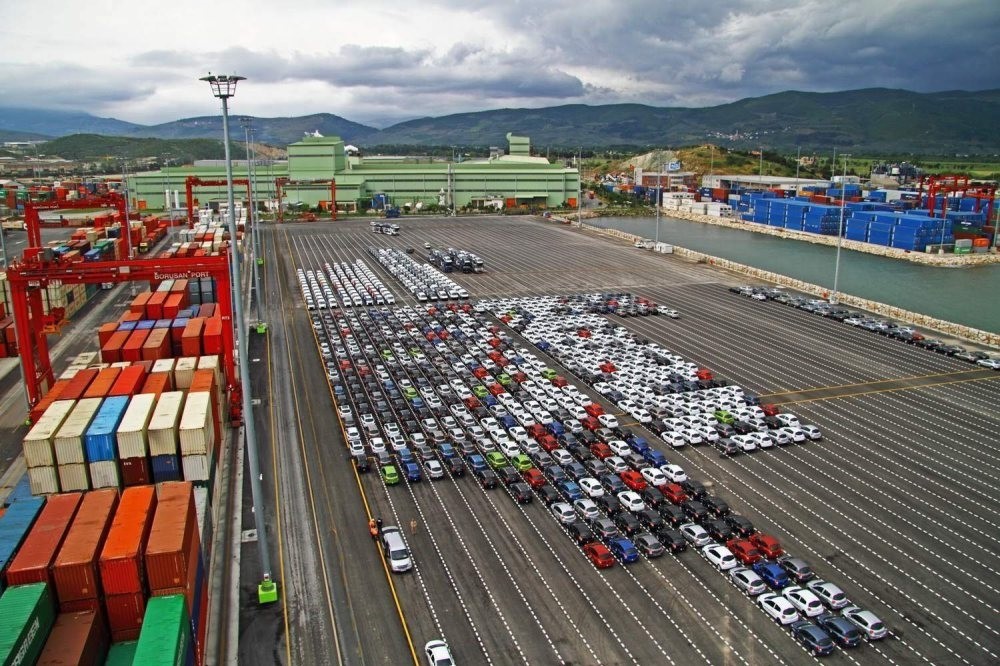 With $3.14 billion in exports in March, automotive sector reached a 21 percent share, which corresponds to more than one-fifth of all of Turkey's exports.
by Daily Sabah Apr 05, 2018 12:00 am

Turkey's automotive exports, one of the driving forces of the country's economy, renewed its monthly record in March, just a month after it had broken it in February, exceeding $3 billion for the first time in the country's history

It took only 30 days for the automotive sector to break its monthly record, with exports seeing an increase of 16 percent in March, reaching $3.14 billion. This is a new high on a monthly basis, according to data released yesterday by the Uludağ Automotive Industry Exporters Association (OİB).

Automotive exports broke the monthly record of $2.8 billion that was set in February, reaching a 21 percent share – more than one-fifth – of all of Turkey's exports, OİB Chairman Orhan Sabuncu said in a statement.

"We have managed to sustain our top rank in Turkey's exports by carrying out exports of $8.23 billion in the first quarter of this year, an increase of 17.5 percent. High increases of 20 percent in the automotive sub-industry and 24 percent in the shipping vehicles were the main determinants in the exports in March," Sabuncu said.

The automotive industry has been on the top of the list of Turkish exports for 12 years and has made setting new records each month a tradition.

The sector has been experiencing an increase in exports since February 2016 and has been maintaining this upward trend for the last 26 months.

Exports to African countries in March increased 57 percent and exports to the Commonwealth of Independent States rose 53 percent.

Exports of passenger cars to Italy, the leader in Turkey's personal automotive exports, were up 26 percent, while these exports to Belgium, Israel and Netherlands rose 23 percent, 22 percent, 150 percent, respectively.