Turkey to join European countries that have banned Uber 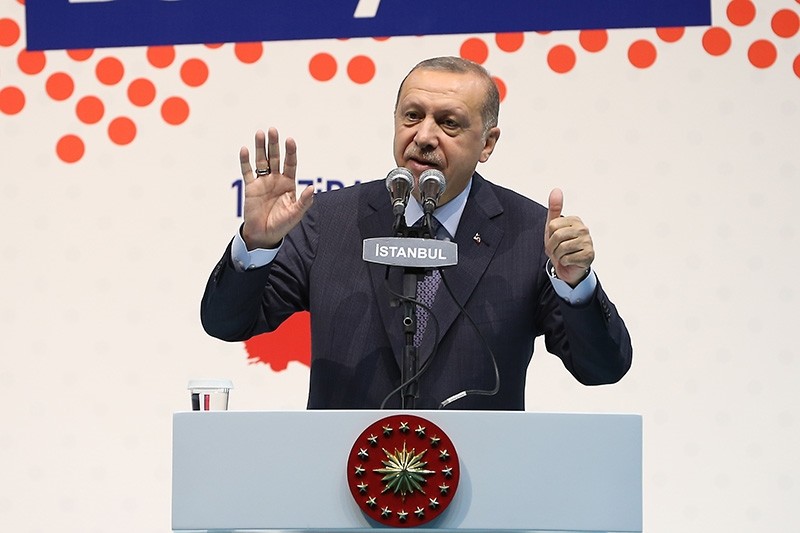 President Recep Tayyip Erdoğan signaled on Friday that Turkey will join several other European countries that have banned the ride-hailing service, saying that "the Uber controversy is over."

"This Uber business that came about, it's over. There's no such thing anymore," Erdoğan said at an iftar program in Yenikapı for the Turkish Association of Private Buses.

"We have a taxi system," he said, adding that a personal taxi system would not be allowed to destroy the business of Turkish taxi drivers.

"We will be the ones to make the decision [on Uber]," the president said.

Turkey is not the only place where Uber's push for a global expansion while giving short shrift to local rules about workers rights and taxi licenses created disputes. Uber has been banned or forced to leave the markets in Bulgaria, Denmark and Hungary. It has limited service in France, Italy, Germany, Japan, and Taiwan.

A German regional court in Frankfurt ruled in September 2014 that Uber drivers must have commercial licenses to operate in Germany, leading the company to pull out of operations in several German cities. It now operates only a limited set of services in Berlin and Munich.

A French court fined Uber 800,000 euros ($957,000) in June 2016 for running an illegal taxi service with amateur drivers and slapped smaller fines on two executives in the first such criminal case against it in Europe. Uber's licensed private hire services remain popular in Paris.

Uber has also lost its license in London, although it is still operating there pending appeal, while its self-driving car program in the United States suffered a major blow with a deadly accident.

Meanwhile, Uber's operations in Turkey have sparked growing controversy, with taxi drivers protesting against what they say is unfair competition and illegal business practices by the ridesharing service.

Uber drivers in Istanbul had already been hit with 18.92 million lira ($4.20 million) in fines by Turkish police in the first five months of this year.

The 17,400 official yellow taxis in Istanbul are a pillar of the city's often patchy transport system, but critics say that poor quality service and overcharging have given Uber an opportunity.