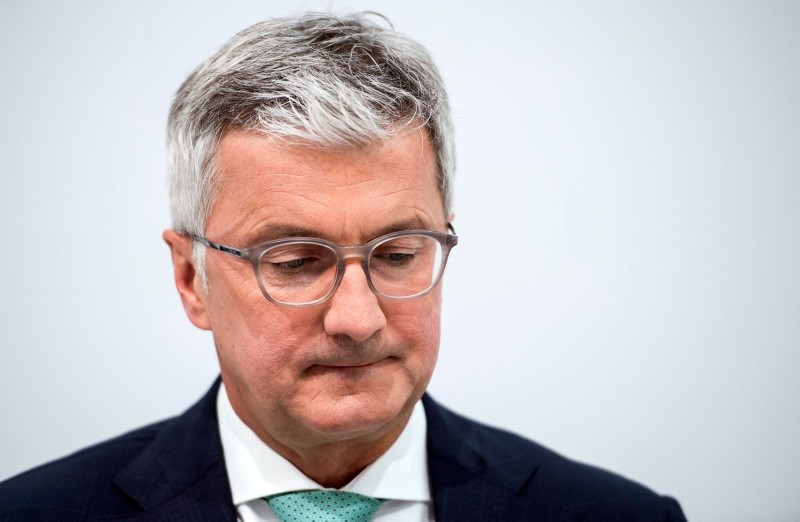 German authorities have detained the chief executive of Volkswagen's Audi division, Rupert Stadler, as part of a probe into manipulation of emissions controls.

"The arrest warrant is based on concealment of evidence," Munich prosecutors, who raided Stadler's home last week, said in a statement.

Munich prosecutors searched Stadler's private residence last week in their investigation of suspected fraud and indirect improprieties with documents. A total of 20 people are under suspicion in the probe.

The probe of Stadler focuses on cars sold in Europe that were believed to be equipped with software which turned emissions controls off during regular driving.

Prosecutors allege that Audi sold at least 210,000 diesel-engine cars fitted with cheat software in the United States and Europe from 2009 onwards and have been investigating allegations of fraud and illegal product promotion for the past year.

Volkswagen has pleaded guilty to criminal charges in the U.S. Two managers are serving prison terms in the country.