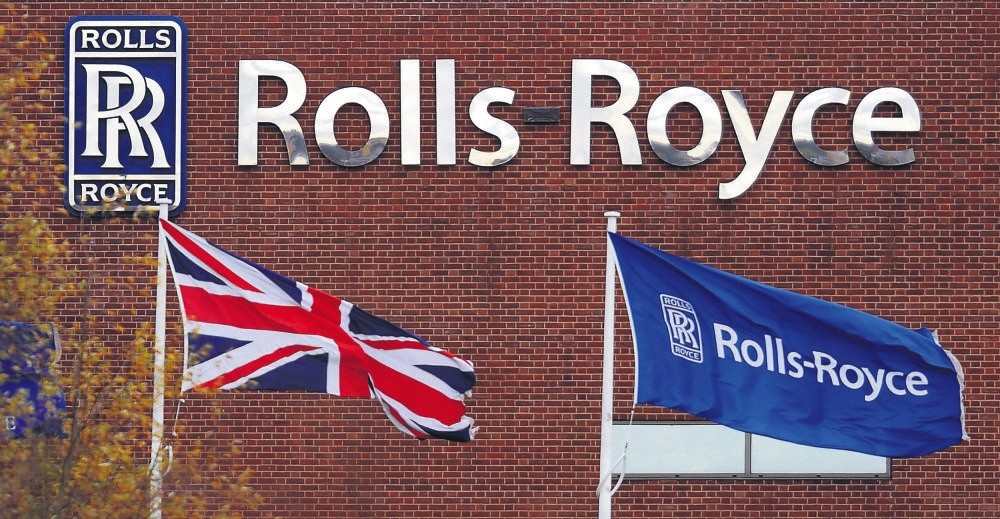 British engine maker Rolls-Royce announced Friday it has agreed to sell its loss-making commercial marine business to Norwegian industrial group Kongsberg for 500 million pounds. The deal, worth $661 million, is part of a massive overhaul led by chief executive Warren East, Rolls-Royce said in a statement. The news comes three weeks after the London-listed company launched plans to axe 4,600 mainly British management roles by 2020 to further slash costs. Rolls-Royce is implementing a sweeping restructuring plan which aims to generate 400 million pounds of annual cost savings by the end of 2020. The group has weathered a tough trading environment in recent years on weak demand for its power systems, in particular, ones used by the marine industry.

"This transaction builds on the actions we have taken over the last two years to simplify our business," said boss East on Friday.

"The sale of our commercial marine business will enable us to focus on our three core businesses of civil aerospace, defense and power systems, and on meeting the vital power needs of our customers."

The commercial marine division, which has been drastically restructured since 2015, employs about 3,600 staff mainly in the Nordic region. In recent years, the troubled business has been hurt by weak oil prices, which has dented the demand for marine vessels and equipment. Kongsberg added in a separate statement that the acquisition will be partly financed by a rights issue, or sale of new shares, totaling 5.0 billion kroner ($620 million). Kongsberg is 50 percent owned by the Norwegian government. Rolls-Royce expects net proceeds of 350 million pounds to 400 million pounds from the transaction, which is set to complete early next year. Rolls-Royce, whose engines are used in Airbus and Boeing aircraft, has 16,000 staff at its main U.K. operational base in Derby in central England. The entire group currently employs about 55,000 staff across 50 countries worldwide.