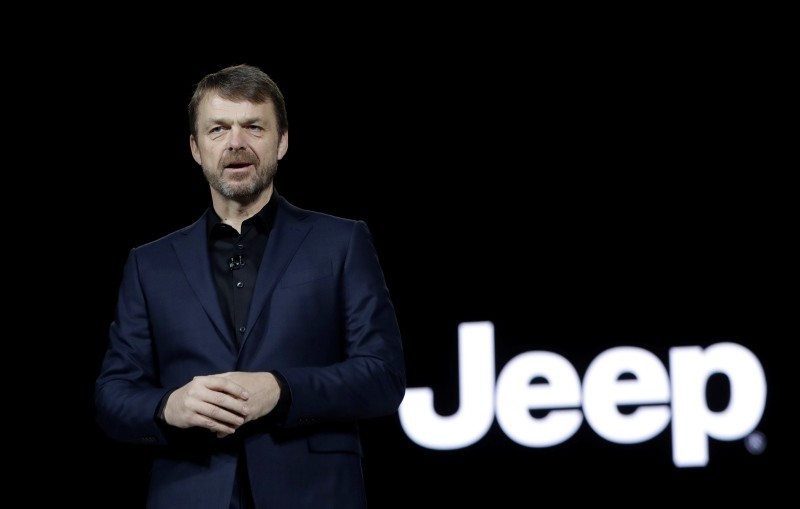 Fiat Chrysler Automobile announced Saturday that CEO Sergio Marchionne's health had suddenly deteriorated following surgery and that its board of directors had chosen Jeep executive Mike Manley to replace him.

Marchionne, a 66-year-old Italian-Canadian, joined Fiat in 2004 and led the Turin-based company's merger with bankrupt U.S. carmaker Chrysler. Manley, 54, had been heading the Jeep brand since June 2009 and the Ram brand from October 2015.

The announcement, at the end of an urgently convened board meeting, marked the end of the Marchionne era, which included the turnaround of failing Fiat, the takeover of bankrupt U.S. automaker Chrysler and the spinoffs of the heavy machinery and truck maker CNH and supercar maker Ferrari.

Fiat Chrysler said in a statement that due to his deteriorating health Marchionne "will be unable to return to work."

Marchionne, 66, had already announced he would step down in early 2019, so the board's decision, to be confirmed at an upcoming shareholders' meeting, will "accelerate" the CEO transition process, the statement said.

The England-born Manley had been one of Marchionne's closest collaborators at the group, and in a previous role had been responsible for product planning and all sales activities outside of North America.

Marchionne was reported to have had surgery for a shoulder problem about three weeks ago in Switzerland.

Fiat is considered a close-knit family, and FCA chairman John Elkann said he was "profoundly saddened to learn of Sergio's state of health. It was a situation that was unthinkable until a few hours ago, and one that leaves us all with a sense of injustice."

Elkann didn't give details of Marchionne's health problems, adding that his "first thoughts go to Sergio and his family." He asked everyone to respect Marchionne's "privacy and that of all those who are dear to him."

Elkann is a grandson of the late Gianni Agnelli, the longtime Fiat dynasty chieftain.

The boards of Ferrari and CNH Industrial, which makes heavy machinery and trucks were called urgently to meet on Saturday in Turin, Fiat's headquarters.

Ferrari announced that Louis Camilleri, an Egyptian-board Maltese and longtime executive at Philip Morris International, the tobacco company, was chosen to be replace Marchionne as CEO of the sports car maker.

Known for sleeping only briefly each night, Marchionne, who is also a lawyer, was holding multiple leadership roles in the companies, notably as CEO of FCA — Fiat Chrysler Automobiles, as well as CEO and chairman of Ferrrari.