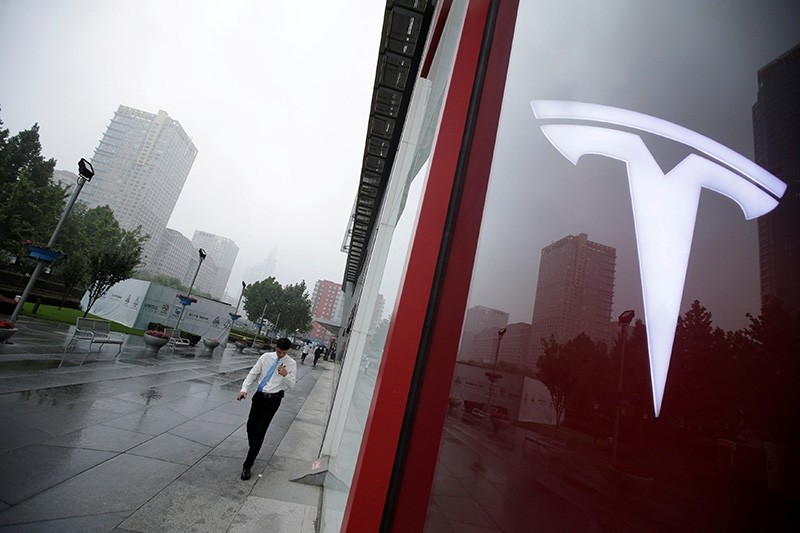 Tesla burned through $739.5 million in cash last quarter as it geared up a factory to crank out more electric cars, leading to a $717.5 million net loss.

However, CEO Elon Musk promised net profit in the second half of the year as production of the Model 3 ramps up.

And, Q2 figures were still an improvement from the $1.05 billion loss in Q1.

Tesla said it lost $4.22 per share as revenue grew 43 percent to just over $4 billion from April through June.

Adjusted for stock-based compensation, the company lost $3.06 per share. That was worse than Wall Street estimates. Analysts polled by FactSet expected a $2.88 loss per share.

The net loss more than doubled from the same quarter a year ago.

Tesla spent millions as it reached a goal of producing 5,000 Model 3 sedans per week by the end of June. The company said it aims to reach 10,000 a week "as fast as we can."

Cash from selling the Model 3, which starts at $35,000 but runs far higher with options, is key to holding off more borrowing and turning a profit.

"Going forward, we believe Tesla can achieve sustained quarterly profits, absent a severe force majeure or economic downturn, while continuing to grow at a rapid pace," the company said.

The company said it has cut back on capital spending by changing its strategy to produce the Model 3 on existing assembly lines, one in a giant tent, rather than adding all-new lines. Tesla projected total 2018 capital spending at just below $2.5 billion. That's substantially less than the 2017 level of $3.4 billion.

During the second quarter, Tesla laid off 9 percent of its workforce as it worked toward Musk's promise of making money. The company has never turned an annual profit and has had only two profitable quarters since becoming public in 2010. Tesla has also asked parts suppliers for refunds.

Last quarter, Musk dismissed analysts who asked questions about Model 3 reservations and other financial matters during the quarterly conference call.