Tough competition ahead for Tesla in European markets 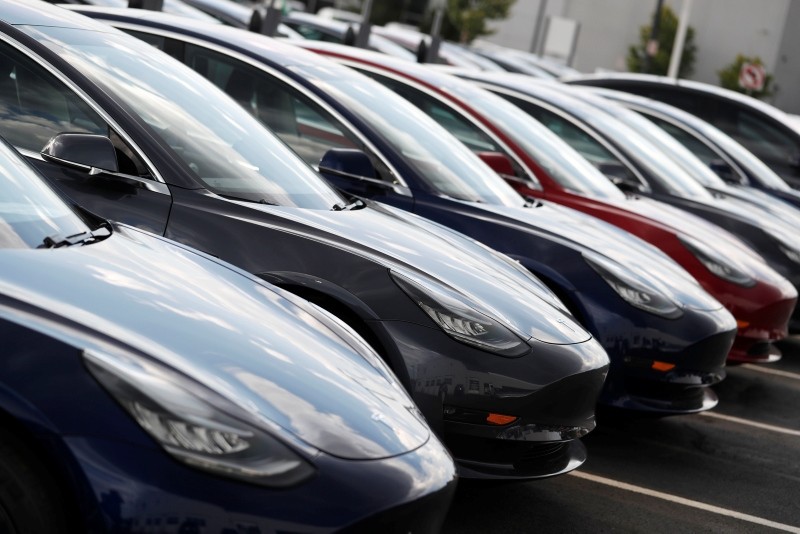 According to a Bloomberg report, Porsche's all-electric Taycan, developed under the project code-name Mission E, Jaguar's I-Pace all-electric sport-utility vehicle and the other planned projects of European carmakers will put Tesla's Model S under pressure in the electronic car market which has been dominated by the company for years.

The general option of reviewers is that Tesla has been a reliable option for years but rivals have an advantage of loyal customers and the quality promise of leading car manufacturers, which are expected to set new standards for electric cars. Bloomberg reported the wait list for the new model is now a year long.

The report comes after Tesla Inc and Chief Executive Elon Musk were sued twice by investors who said they fraudulently engineered a scheme to squeeze short-sellers, including through Musk's proposal to take the electric car company private.

The lawsuits were filed three days after Musk stunned investors by announcing on Twitter that he might take Tesla private in a record $72 billion transaction that valued the company at $420 per share, and that "funding" had been "secured."

The stock has since given back more than two-thirds of that gain, in part following reports that the U.S. Securities and Exchange Commission had begun inquiring about Musk's activity.

Musk has not offered evidence that he has lined up the necessary funding to take Tesla private, and the complaints did not offer proof to the contrary.