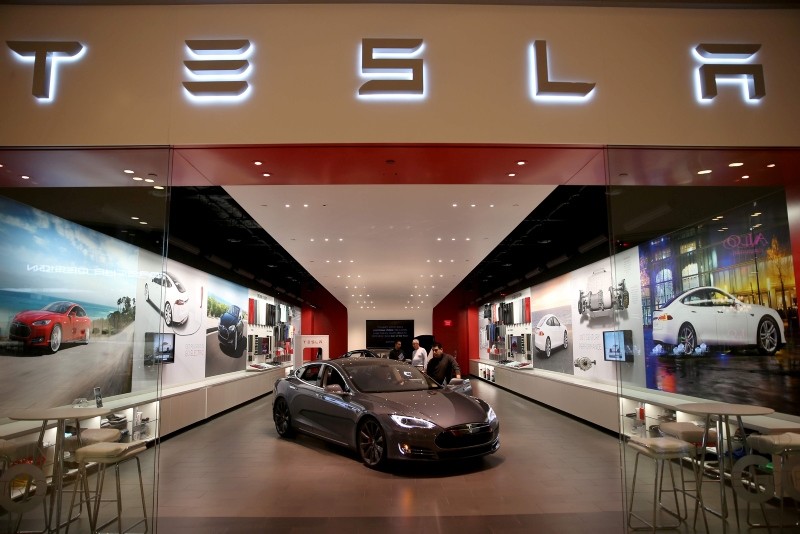 Tesla Inc's chief accounting officer resigned after just a month on Friday and a second senior executive was reported to be leaving as well, hours after Chief Executive Officer Elon Musk smoked marijuana on a live webcast.

Shares of the company fell nearly 9 percent - the most in two years.

The company, hurt in the past month by Musk's high-profile U-turn on a deal to take it private, said Chief Accounting Officer Dave Morton resigned, citing discomfort with the level of public attention and pace.

"Since I joined Tesla on August 6th, the level of public attention placed on the company, as well as the pace within the company, have exceeded my expectations. As a result, this caused me to reconsider my future," Morton was quoted as saying in a company filing.

"I want to be clear that I believe strongly in Tesla, its mission, and its future prospects, and I have no disagreements with Tesla's leadership or its financial reporting," he added.

Bloomberg also reported Tesla's Chief People Officer Gaby Toledano would not return from a holiday just over a year after joining.

Musk, who has drawn attention to the company with a series of social media spats, was filmed smoking marijuana and drinking whisky in a 2-1/2-hour live web show with comedian Joe Rogan that swiftly spread across Instagram and other popular apps.

Several Wall Street analysts renewed calls for the company to appoint another senior leader, either to replace Musk as chief executive or provide more support as the company strives to expand production and potentially raise more capital.

"We have been calling for a Co-CEO or COO to assist to codifying the leadership structure and in so doing, the culture at Tesla," said James Albertine, an analyst at brokerage Consumer Edge.

"We think this is further evidence that the time is now for management and the board to address these issues."

Tesla shares, down just 1 percent after Musk's appearance on the Rogan podcast overnight, fell another 7 percent after Morton's resignation to $262.54.

"Many people ask if Elon is still the best CEO for Tesla. Maybe he is the best Chief Marketing Officer and Tesla needs a strong new CEO," analyst Frank Schwope at NORD/LB said.

"There are so many rumors and problems about Tesla that we stay skeptical concerning the Tesla shares."