Japan eager to be on board vertical-takeoff 'flying cars' 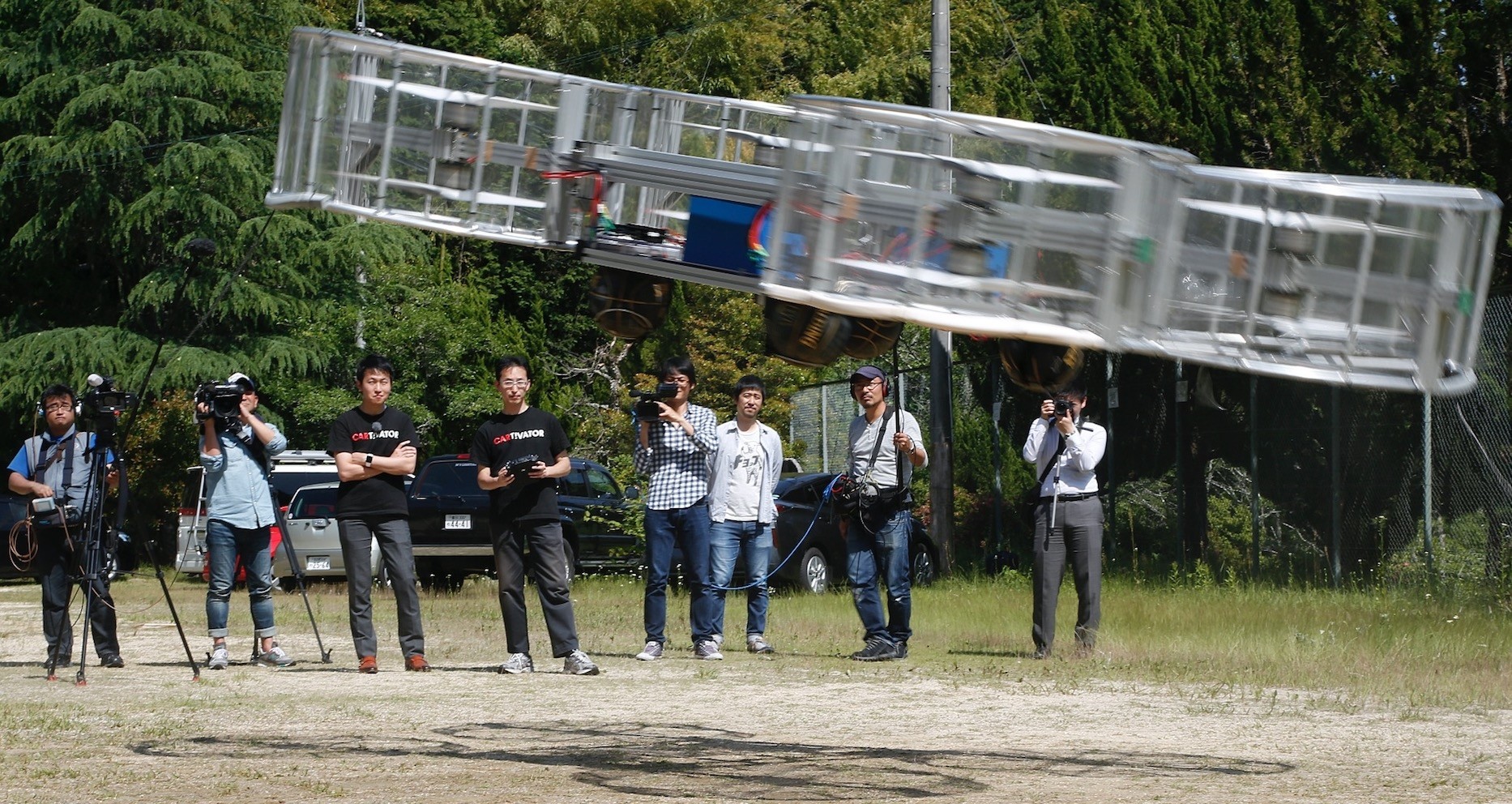 Tsubasa Nakamura, project leader of Cartivator, third from left, watches the flight of the test model of the flying car on a former school ground in Toyota, central Japan.
by Associated Press Sep 19, 2018 12:00 am

Electric drones booked through smartphones pick people up from office rooftops, shortening travel time by hours, reducing the need for parking and clearing smog from the air. This vision of the future is driving the Japanese government's "flying car" project. Major carrier All Nippon Airways, electronics company NEC Corp. and more than a dozen other companies and academic experts hope to have a road map for the plan ready by the year's end.

"This is such a totally new sector Japan has a good chance for not falling behind," said Fumiaki Ebihara, the government official in charge of the project. For now, nobody believes people are going to be zipping around in flying cars any time soon. Many hurdles remain, such as battery life, the need for regulations and of course safety concerns. But dozens such projects are popping up around the world. A flying car is defined as aircraft that's electric, or hybrid electric, with driverless capabilities, that can land and takeoff vertically, according to Ebihara. They are often called EVtol, which stands for "electric vertical takeoff and landing" aircraft. All the flying car concepts, which are like drones big enough to hold humans, promise to be better than helicopters, which are expensive to maintain, noisy to fly and require trained pilots, Ebihara and other proponents say.

"You may think of 'Back to the Future,' 'Gundam,' or 'Doraemon,'" Ebihara said, referring to vehicles of flight in a Hollywood film and in Japanese cartoons featuring robots. "Up to now, it was just a dream, but with innovations in motors and batteries, it's time for it to become real," he said.

Google, drone company Ehang and car manufacturer Geely in China, and Volkswagen AG of Germany have invested in flying car technology. Nissan Motor Co. and Honda Motor Co. said they had nothing to say about flying cars, but Toyota Motor Corp. recently invested $500 million in working with Uber on self-driving technology for the ride-hailing service. Toyota group companies have also invested 42.5 million yen ($375,000) in a Japanese startup, Cartivator, that is working on a flying car. The hope is to fly up and light the torch at the 2020 Tokyo Olympics, but it's unclear it will meet that goal: at a demonstration last year the device crashed after it rose to slightly higher than eye level. A video of a more recent demonstration suggests it's now flying more stably, though it's being tested indoors, unmanned and chained so it won't fly away.

There are plenty of skeptics. Elon Musk, chief executive of electric car maker Tesla Inc., says even toy drones are noisy and blow a lot of air, which means anything that would be "1,000 times heavier" isn't practical. "If you want a flying car, just put wheels on a helicopter," he said in a recent interview with podcast host and comedian Joe Rogan on YouTube. "Your neighbors are not going to be happy if you land a flying car in your backyard or on your rooftop."

Though the Japanese government has resisted Uber's efforts to offer ride-hailing services in Japan, limiting it to partnerships with taxi companies, it has eagerly embraced the U.S. company's work on EVtol machines. Uber says it is considering Tokyo as its first launch city for affordable flights via its UberAir service. It says Los Angeles and Dallas, Texas, and locations in Australia, Brazil, France and India are other possible locations for its services.